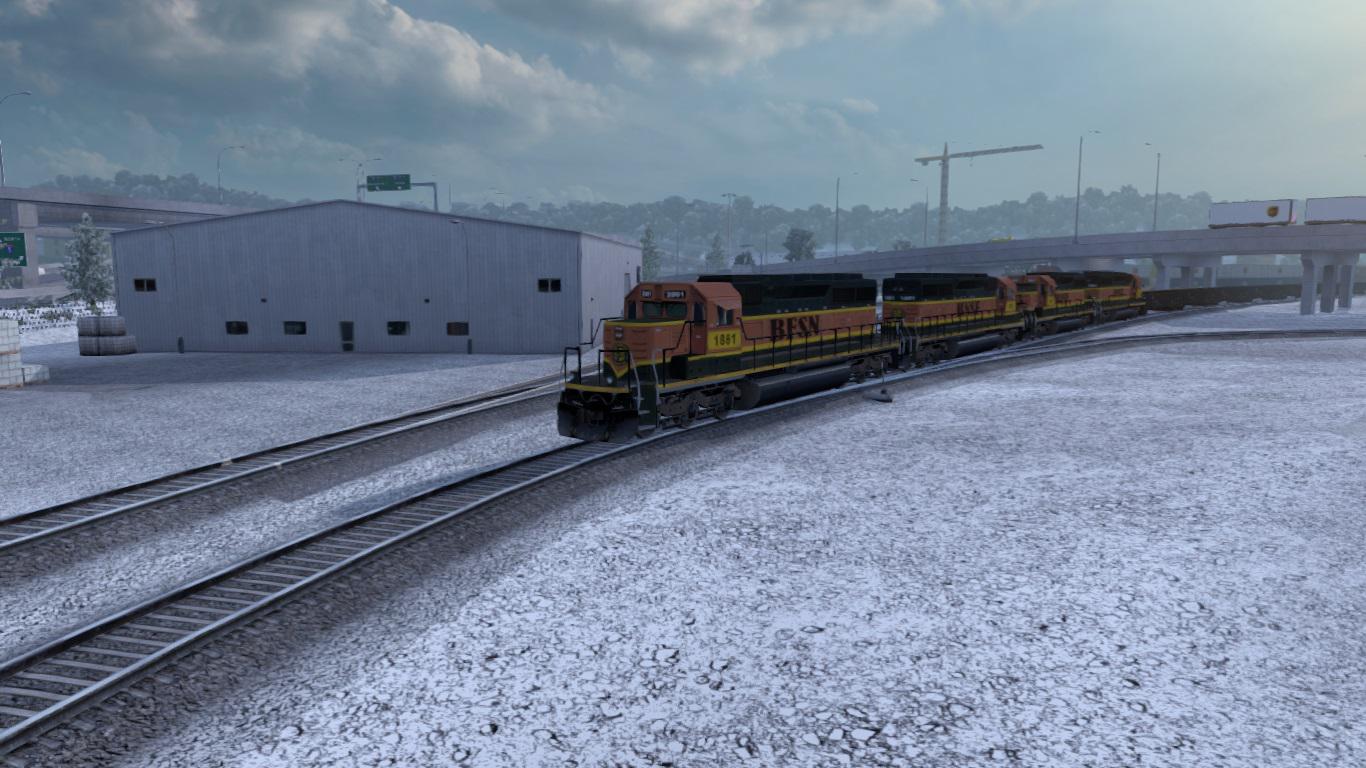 Changes in version 3.5.3 beta for ATS (v1.39 beta):
update for 1.39.0.48s
ATTENTION!!! The mod was created using the beta files of the game!
Its performance on subsequent builds is not guaranteed due to the fact that the developers make many changes

Changes in version 3.5.2 for ATS (v1.38x):
LOD distance increased for trains for better realism.
delete camera changes (looking in another mods).
add ‘vehicle_mass” values for train cars.
add 3rd locomotives and increased a length for all special types of trains.

Changes in version 3.4.1 for ATS (v1.37x):
Files and settings that previously led to incompatibility with Cip traffic density mods were deleted.
for the sake of compatibility, with the loss of realism. so that the trains do not disappear suddenly
when used with the mod from Cip, use the add-on more frequent train density for this mod
(it significantly reduces the traffic density, but ensures the stability of trains)
Add raft of locomotive sections without rail cars, driving to another station or returning helpers,
helpers may now be of a different company and model

v3.4.beta2 fix
made railway wagons sound tougher and sharper, replacing some locomotive sounds with another FMOD bank (for the purpose of further editing them)

Changes in version 3.4.beta for ATS (v1.37 open beta):
update to compatibility with latest changes in 1.37.0.69s open beta
delete cam changes from the mod v3.4
add long trains (up to 150 cars) in mod, for testing performance
changed trains engine power and mass
add and changed the traffic data.sii file for the better trains spawn and despawn distance and for the longer trains sounds hearing distance.
ATTENTION! WORK ON RESTORING REALISTIC SOUNDS OF MOD, WILL BE CARRIED OUT AFTER THE PUBLICATION OF GUIDES ON THE NEW SOUND SYSTEM OF THE GAME!

Changes in version 3.4.alpha for ATS (v1.37 open beta):
unbind all old sounds from previuusly versions, add FMOD sounds to new locomotives and rail cars , changes for compatibility with 1.37 open beta
ATTENTION! WORK ON RESTORING REALISTIC SOUNDS OF MOD, WILL BE CARRIED OUT AFTER THE PUBLICATION OF GUIDES ON THE NEW SOUND SYSTEM OF THE GAME!

Changes in version 3.3.1 for ATS (v1.36x):
Removed unnecessary sounds of rail cars standing without move at dead ends and at stations

THE TRANSFER PROBLEM IS SOLVED NEAR THE RAILWAYS AND STATIONS.
Now freight trains do not stop there and do not block the next crossings.
The speed of freight trains is 90 KM / h. Passenger 150 KM / h. (NOT MILES!)
Completely redone 3D models.
All 3D models have LODs added to reduce graphical load and FPS drawdown.
Now even more options for a locomotive couplers.
Cars groups are more random from 2 to 8.
The locomotive EMD-SD40 and some cars added skins with logos of real companies.
Returned sounds for MOVER trains from TruckerKid.
General mod optimization.

Added new 3D models of Locomotives for all trains type (except head loco).
All 3D models are taken from the original game and redesigned for the mod.
Added sounds for trains from the Sound Fixes Pack and Improved Train Sounds
All passenger trains added a reverse section locomotive.
The length of trains has been increased.
increased: weight of locomotives, maximum speed limit and stopping distance for the all trains.

This Mod adding a More realistic American Trains by PIVA, AlexeyP.
With improved Train Sounds by TruckerKid and Drive Safely
+ my Exclusive content.

I’M VERY THANKFUL OF THE AUTHORS for all these materials!

Please place this mod above any Sounds and Traffic Density mods in manager.

Attention!
The mod is Incompatible with other mods for trains (sound and for the length of the train), except in some cases, graphic changing the appearance of trains.
The mod does not support game versions, older (1.35).
The presence or absence of a DLC does not affect the mod.
When testing in ATS (1.35) together with proven mods. Log without errors.
It should not conflict with mods that do not affect trains, since it affects only trains and nothing but them.

Enjoy it and Have Fun! 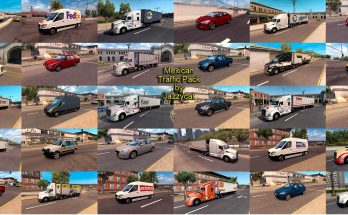 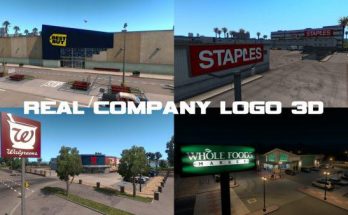 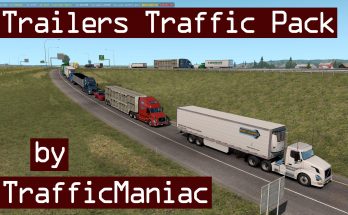