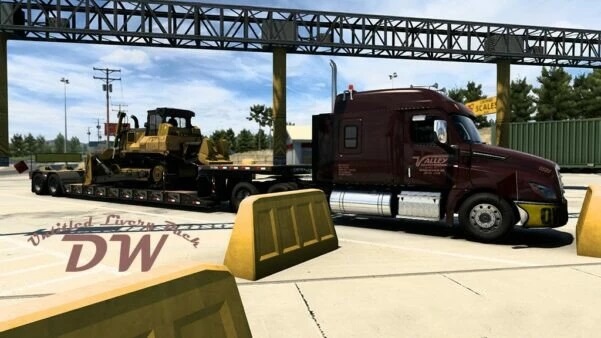 Before I get into the intricacies of this particular mod, some brief remarks:

I plan on continually updating this pack. If you would like to request a livery, you can request it in my Discord (Bc4VMxaCNe). If you do submit a request, some images of what you’re looking for would be helpful, just because you submit a request does not mean I’ll fill it.

I’ve taken a different approach to putting skins in game: As opposed to just putting the liveries in game, I’ve set up configurations accurate to real life that can be purchased at respective truck dealers. No new accessories are added, but it drastically simplifies the process if you would like to play realistically.

This is made for 1.40, a 1.39 version is provided, but it hasn’t been updated to the latest version, nor will I be providing support for it. Moreover, while DLC parts from the Wheel Tuning Pack and Steering Creations Pack are utilized, neither are required for basic function.

Changelog:
-Added the liveries that can be found below.
-Fixed wheel issue on USPS configuration
-Added “company colors” (basically, the base color of the livery is now a color you can set for a trailer if you want a matching one)

Incompatibilities and bugs:
-Some of the skins have bugs, but I think you’ll be happier if I don’t point them out.

New:
-Dykstra Dairy: 1x Volvo VNL livery. The livery is based off a 1952 GMC maintained by Dykstra Dairy of Tulare California.
-Frederick H. Beauchamp: 1x Mack Anthem livery. The livery is based off a 1950s Mack in the private collection of Frederick H. Beauchamp, but the truck has since fallen into other hands.
-Danger Trucking: 1x Peterbilt (this lacks a configuration). The livery is completely fictional, done on request. This mod is required for use: Peterbilt 389 Modified
-Centurion Transport Engineering: 1x Freightliner Coronado (this lacks a configuration). The livery is PM181 of Centurion, an Australian logistics company. This mod is required for use: Freightliner Coronado 132SD/122SD
-Empire State Motor Express: 1x International Lonestar. Best I can tell, Empire State Motor Express is, or perhaps was, a trucking company based out of Le Roy, New York, southwest of Rochester. The livery is inspired by their, now retired, 1940s International.
-D. Felix Haulage Corporation: 1x Mack Anthem. The livery is based on a 1940s (I really leaned into retro liveries this time around) Mack from D. Felix, a company that, as far as I can tell, hasn’t existed since the 1950s. They were based in Tuckahoe, New York, outside of New York City. It seems they were a general trucking company, but the only information I can find is from a 1950 children’s book. Go figure.
-Davidson Modern Movers: I’m not even sure what I did this time around. There’s a trailer livery, intended for a 28 foot box, and a config that lacks a livery. Davidson hasn’t existed for decades, the livery is based off a trailer from the 40s, the config is based on an Autocar of the same period, and frankly, I don’t feel it turned out great, but people in my Discord seemed to like it, so I’ll include it.
-Performance Marketing Group: 1x Volvo VNL livery. Oh, look, something that isn’t retro for once. From what I can tell, PMG was, or perhaps is, contracted by the United States Army to transport their Virtual Army Experience, a sort of virtual experience based on the Army’s video game, “America’s Army.” PMG is only authorized to transport private property mobile displays across state lines.
-Florida Highway Patrol: 1x Volvo VNL livery, 1x trailer livery. There isn’t a whole lot of documentation, so the use is rather unclear. They never used Volvos, rather they used Sterlings, but oh well, same thing.

Instructions for trailers:
If you would like accurate trailers, create them according to the following specifications: 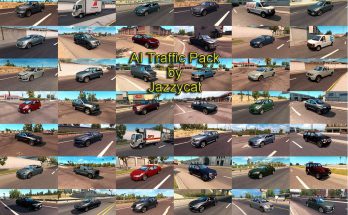 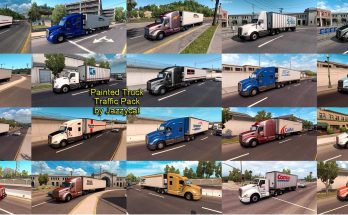 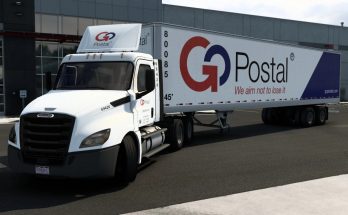