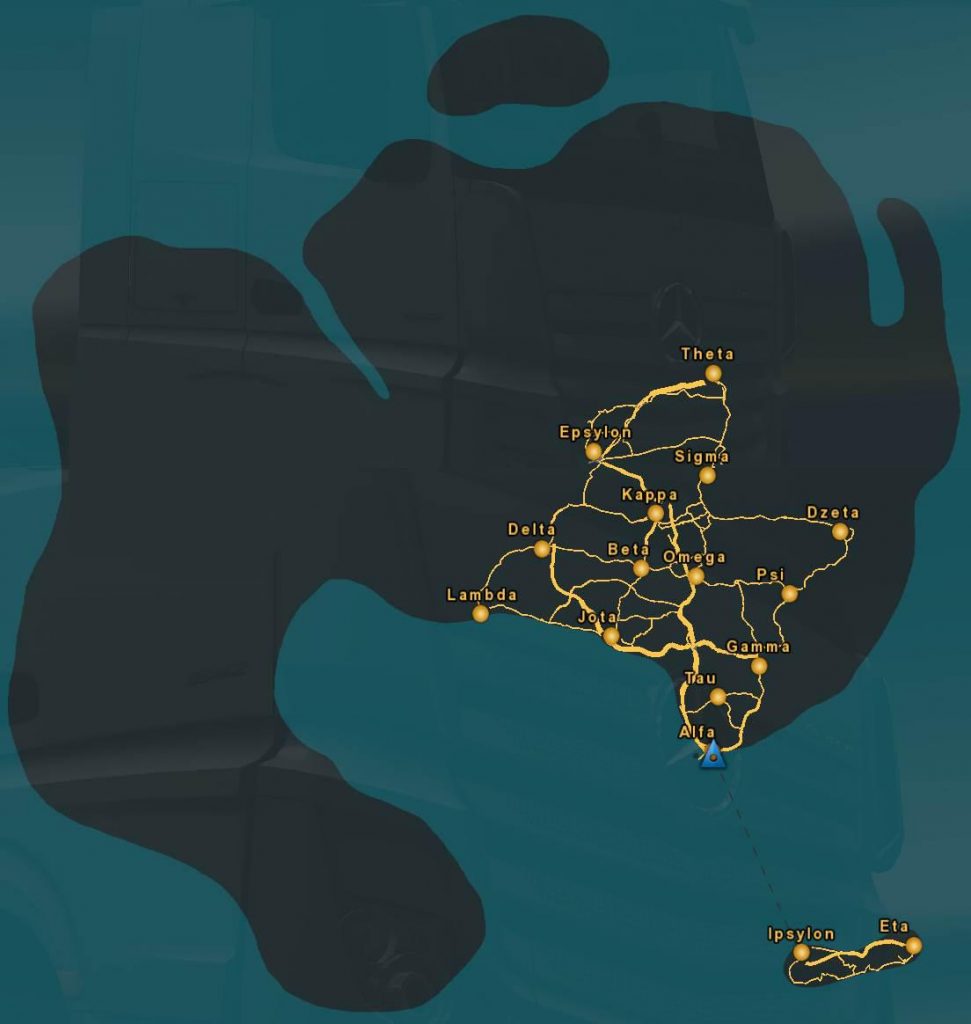 Alfaomega is a fictional island.

The map is in a 1:1 scale and operates on a separate module.

Currently this map contains 36 cities and many kilometers of roads to explore.