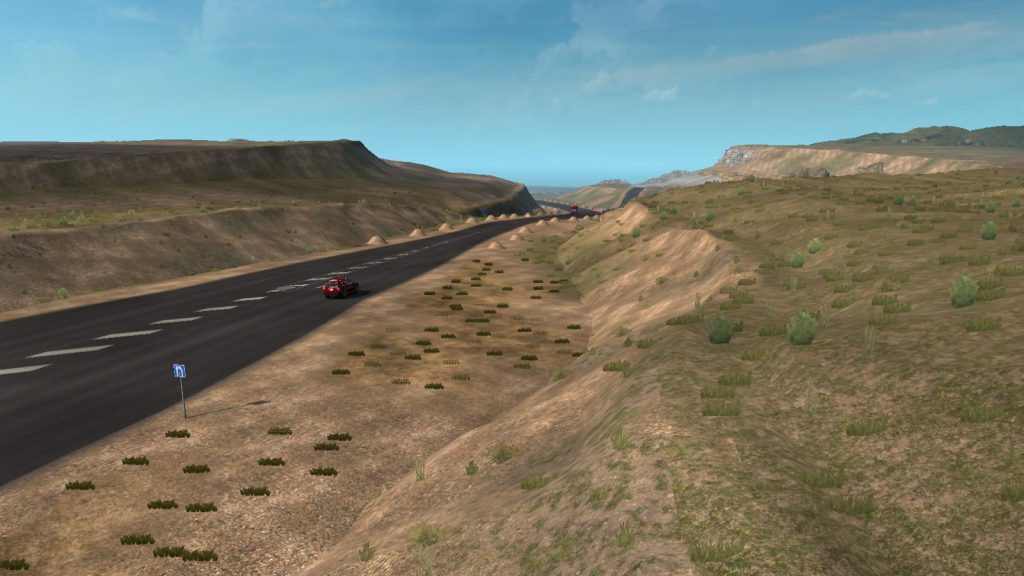 Great Steppe Map of the Republic of Kazakhstan, which opens the way from Europe to Asia with the help of the RusMap Project. The modification works both on its own (on the right side of the main map and is not connected with others, that is, autonomously) and in conjunction with RusMap, which provides a road connection with the map of Europe and other modifications …

The practical map has been completely redesigned, that is, shifted over a more realistic projection similar to SCS.

Changelog V2.1.7
1. Adaptation under 1.46
2. They corrected the swearing for too large “terrain”.
3. Partially poured holes.
4. Corrected the font and most of the signs and signs.
5. Small cosmetic edits.

Installation order:
1. Unpack the downloaded files with the 7zip archiver, click unpack on the first file, then everything will be unpacked. All 3 files must be downloaded and located in one folder.

Then open the resulting file The Great Steppe_1.38 with the 7zip archiver again and all four files

move to the folder My Documents / Euro Truck Simulator 2 / mod.

Note:
If you are using RusMap, then the file The Great Steppe – model2.scs does not need to be included!

2. Connect all files in the mod manager.
Note: To work correctly, The Great Steppe map must be below the mod list.

Fix for The Great steppe map
Update 1.38.1
Changes: Removed grass on roads other improvements
Place the files from the archive in the mod folder with replacement

Changelog v2.0
The new region includes six settlements closely related to each other and two settlements of the Aktobe region from where the main journey begins, about a thousand new game kilometers, so if you are interested, stock up on fuel, provisions and go!
– Other changes and improvements

Fix for the map The Great Steppe

The reason for its appearance is departures (massive and random) in Aktobe.

1. Cure for departure (problematic prefabs found and replaced)
2. This fix includes assets from ‘Fix RusMap_2.4.3-TGS), and therefore it can (and should be disabled).

This mod contains crash fixes for The Great Steppe Map.

Author: 09_KZ,
Model author: aldim @ tor, Gricko, Jazzycat, FLD, FKSSM, SimKA, – help with road signs
Many thanks: Sergey061, Help in adapting for 1.35.x, BenganJ background cards knox_xss, wik412, for the help provided, as well as to everyone else who did not remain indifferent.