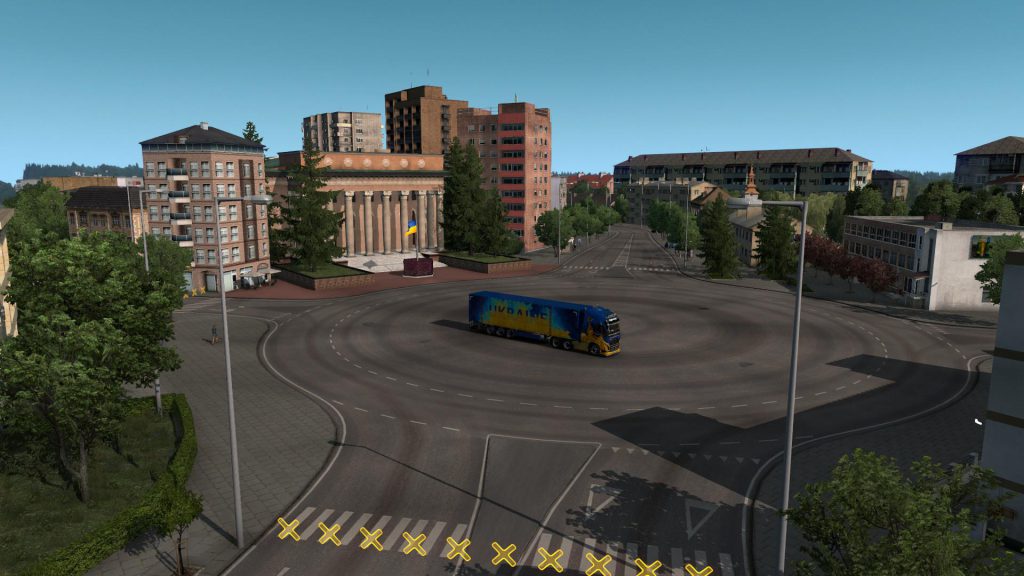 new city Novohrad-Volynskyi. It’s a small city in Zhytomyrska oblast (region) known as a motherland of the famouse ukrainian poet Lesia Ukrainka. The city stretches on the banks of the beautiful Sluch River and is located on the E40 highway connecting Kiev the capital of Ukraine with Europe. A large ceramic tile and sanitary ware factory Cersanit is located on the bypass road and is available for deliveries in the game.

In addition new real companies are now available in cities Zhytomyr and Drohobych.

Mod is updated to ETS2 version 1.40 and ProMods 2.52
Nothing new just compatibility patch.

v.0.2
Redecorated city – Mukacheve: Palanok Castle, the main landmark, has been added to the city view with the unique road sign 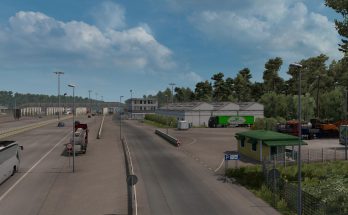