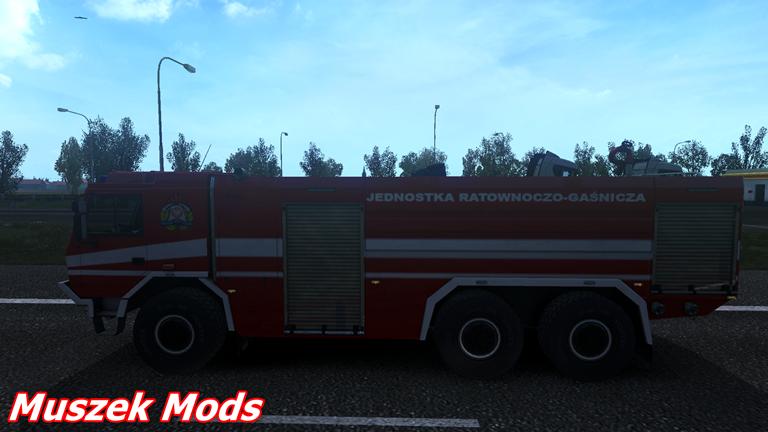 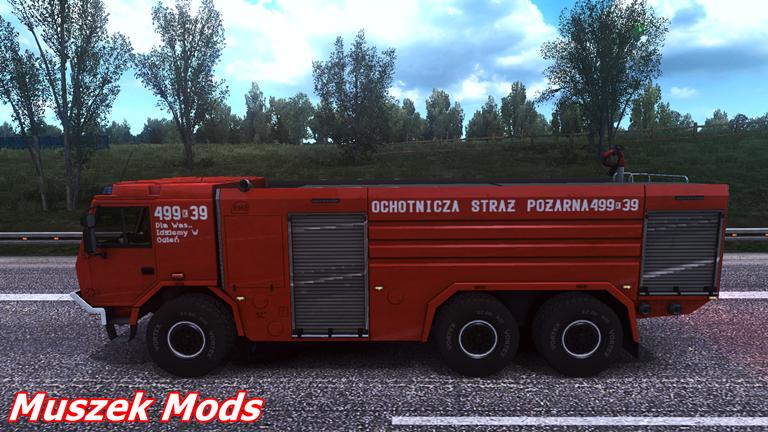 Hi! I come back after more than 4 months of fighting with the computer … I present my modification ADDING new emergency vehicles. This is a very early version, started two days ago, but I want to check if creating such a module makes sense and if people like it.

– Completely changed and adapted skins grid. (the ability to paint the whole vehicle)
– 5 POLISH skins made from scratch, I tried to reproduce as much as possible vehicles from the real world that surround me.
– reduced frequency of appearance from 1.0 to 0.1 (much smaller number on the road, vehicles become rare)

– 5 Polish special vehicles, (in the future I plan to make as many skins variants as possible, not only for the guard, but the tags for the Ambulance and Police, and when I am at a higher level in Blender new vehicles will be created from the ETS2.

It will be nice if you rate my mod, say what is missing, any suggestions, I will read everything … I would like to make a modification with the community!
In the comments you can also give units that I have to imitate (skin) of course too much so far I can not do it but slowly move forward.

A huge thank you to the person who once created a video for me, thanks to which I am able to make my early version. THANK YOU