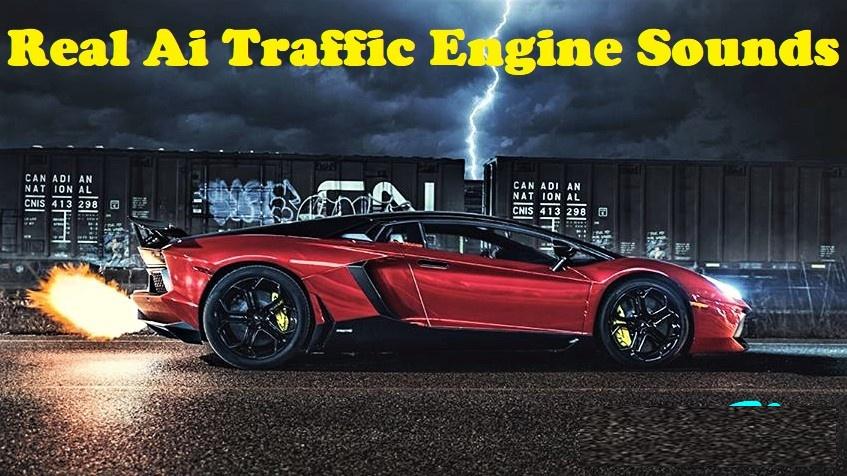 First update of my mod is a big update, all sounds have been reworked to include tire sounds

This mod includes more than 250 different engine sounds for Ai vehicles, the default scs cars and also most of the Ai vehicles from the main existent packs mods like Ai pack by Jazzycat, TDU pack and Asphalt8 pack.

This mod has no dependency on other mods, however for a full experience, the Sound fixes pack of Drive Safely is strongly recommended, because my mod do not contain any truck sounds, acting rather as a complement for Drive Safely’s pack (the consequence of not using Drive Safely’s mod is easy: you have Ai car personalized sounds and the default Ai truck engine sounds)
My mod do not contain any @include sii files, so you can optionally use any traffic pack mods you prefer (you won’t get any error in the gamelog if you don’t use a certain Ai pack). Nevertheless, because sounds definitions are located in the main vehicle sii files, and because I used my already modified files when I started my project, my mod will modify also:
– Ai cars max_speed, tweaked furthermore (speed decreased or increased depending on model and now also by the engine sound) as a curiosity, all scs cars/SUVs are having by default a max_speed of 160 km/h
– Ai car colors, some sport cars are having personalized colors and newer models have a selection of the best colous included in several .sui files
My mod do not include the game_data.sii, leaving the sound volumes at your choice!

– it must be placed above any traffic pack and above Sound fixes mod by Drive Safely in case you are using it.
– any update of the Ai traffic packs used in your game will permit my mod working in the same way, except you won’t have personalized sounds for the new models, unless the author of a pack changes something in an existent model (which must be also corrected easily in my mod)
– the mod was built entirely in game version 1.30, however will work also in 1.31 and also in previous versions at least until 1.28 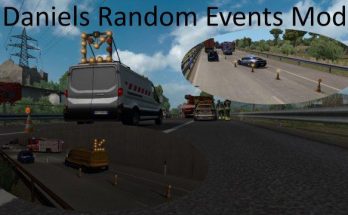