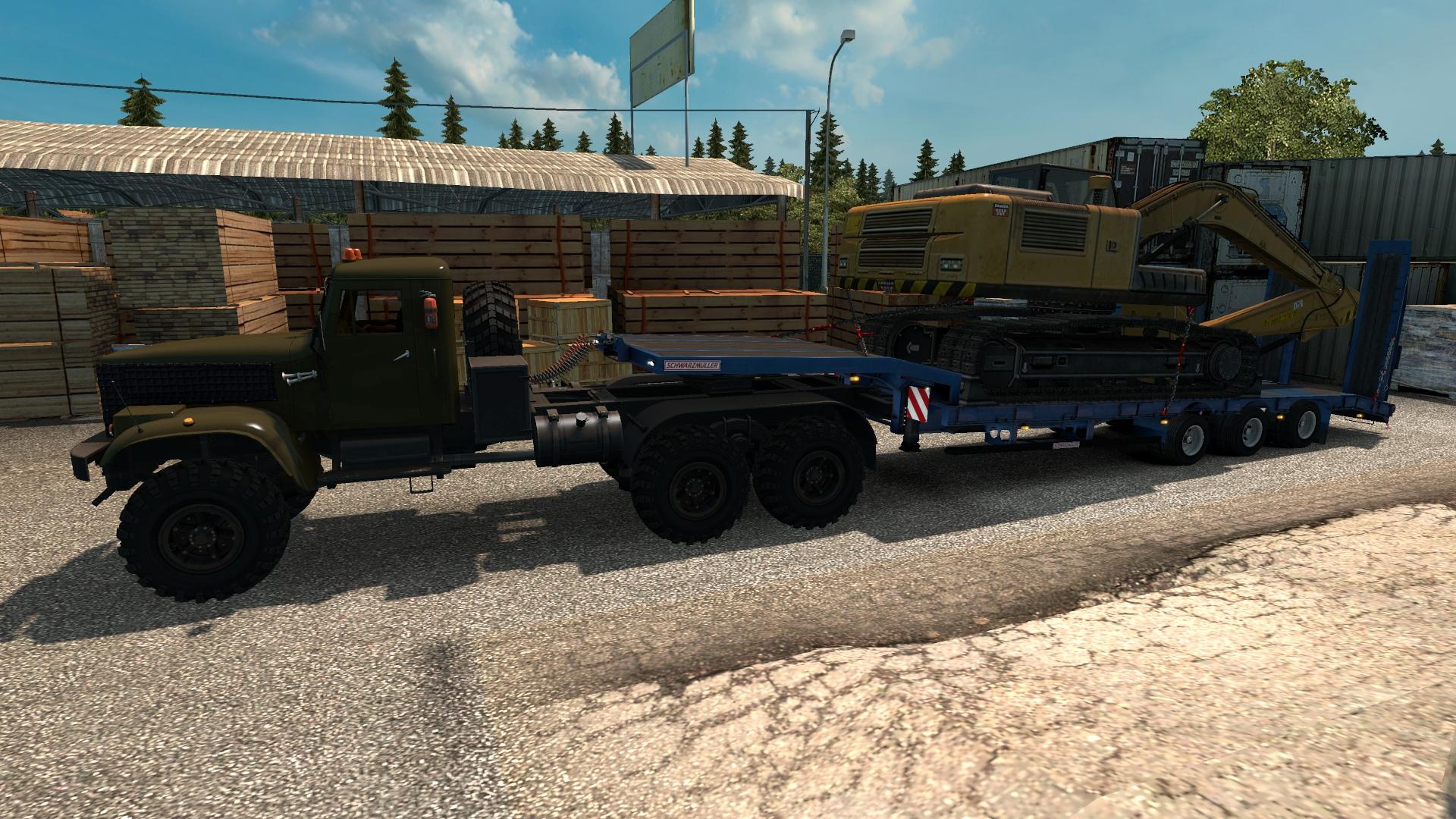 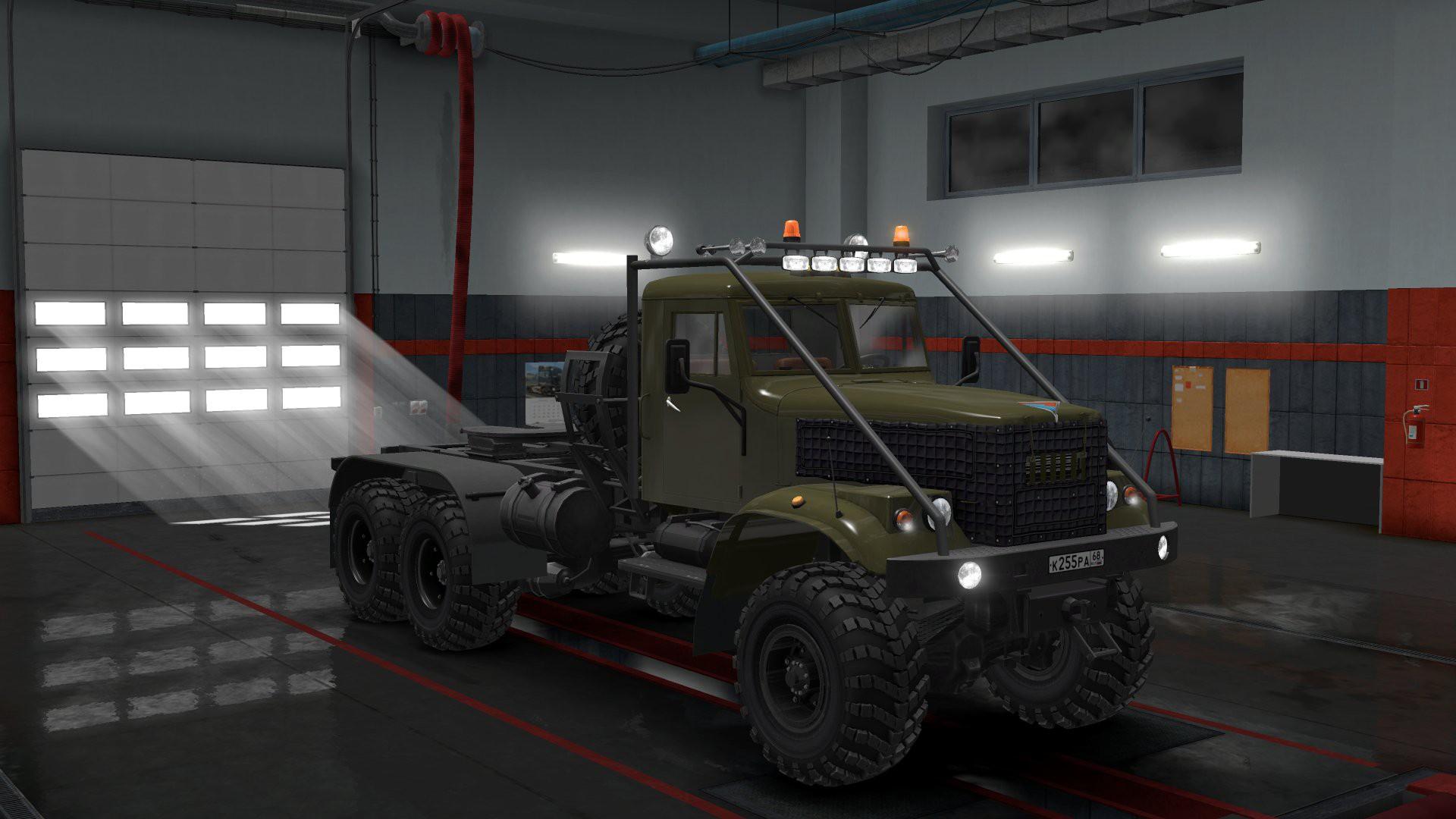 – Minor changes,
– On the chassis of the tractor added a full rack for cables.

Changelog:
Update 04.10.19:
– Added KrAZ 258 tractor with 6×4 chassis and 320-508 road wheels.
– Reduced the diameter of the rear twin wheels for KrAZ 258 to normal size.
– For KrAZ 258 remade most external accessories, added its own spare.
– On KrAZ 255 maximum volume of cans with additional a keg-1,200 liters, on KrAZ 258 – 1,000 liters.
– KrAZ 255 now only with wheels heightened terrain.
– Chassis tractor KrAZ 255 shortened to realistic dimensions and it removed unnecessary parts from the chassis of the truck.
– Fixed track width of the wheels.
– Fixed the location of the rear springs.
– Reduced saddle.
– Fixed shadows.
– Fixed position of front panel accessories + added one slot.
– Added support for advanced hitching. With standard trailers from SCS does not work because of the very high height of the chassis.
– Added gearbox option “YAMZ-236N + transfer case”, only for manual switching.
– Added a separate mod for compatibility with accessories Sisl’s Mega Pack.
– Various minor improvements.

Update 25.08.19:
– In accordance with the documentation on the truck, removed intermittent modes of operation of wipers. Made simply 3 different speed their work.
– The chassis is divided into having tanks of 1000 liters and 330 liters.
– Updated engine performance.
– Added Russian numbers on tandem chassis.
– Added another place of installation of Navigator.
– Correction of the passage of the wheels through the fence and the possible failure of the wheels under the ground during the coup.
– Added support for the new mirror format. Included in the console command ‘g_phys_mirrors 1’ (requires restart of game).
– Added localization into 10 different languages: Russian, English, German, French, Bulgarian, Czech, Slovak, Macedonian, Serbian, Polish. Other languages use English translation.
– Many small fixes.

Update 01.07.19:
– Mod is adapted to patch 1.35
– 4 modes of operation of wipers.
– Many small fixes in the models to eliminate possible departures of the game.
– Edit chassis collision for correct behavior of traffic coming from behind.

If you have already been bought KrAZ-255, it is recommended to sell it first and then put the updated mod.