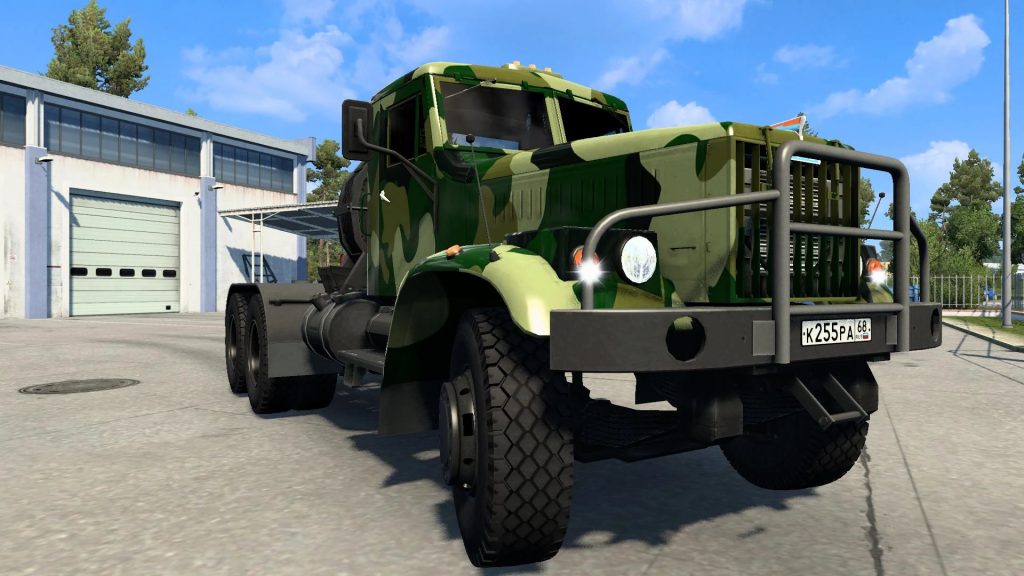 KrAZ is autonomous, does not replace anything, a modification of KRAZ is purchased at dealers.
The truck has a 6×6, 6×4 chassis and a tandem chassis.
Accessories in the cab and external tuning.
Your wheels.
Added spiral cables with physics.
The tractor with a 6×4 chassis and road tires is registered in a separate slot as well as the KrAZ 258.
There is no advanced coupling with standard trailers.

Now Kraz has its own new camera.:)!
Added a new lighting format for the truck.
Unfortunately, there is no animation of the Windows!? 🙁
Fixed frontal Stella inside interior.:)
Aesthetically superior view of the exterior and interior of the truck.:)
Added 62 rusty skin in HDR format on your choice.:)
Improved lighting of the truck in the middle and far distance.:)
Deleted defect from sunlight that is not reflected on the front mirror.:)
Added support for the interior of a camera for VR glasses – it’s like the Oculus Rift, Oculus Quest 2.:)
Added two types of mods for the steering wheel with the Star of the USSR in the center.:) – install is only 1 mod!!!
Added 6 types of braids for the steering wheel with a choice of icons in the interior.:)
Added 8 types of professional engine sounds in FMOD format-this is
CAT-C15[6NZ],CAT 3406, CAT 3408 [2 type], CUM-NTC, CUM-N14, Detroit Diesel s-60 and the new sound of KrAZ.:)
Added the template to the cab of KrAZ 255-258 to create the skins:)
Added mod support, off-road chassis for trailer SCS Standart BOX:) (Author: Kish88).:):)
All the other mods that I added [MaxX_Agent] can be installed at will.:).:)

ATTENTION: Before you connect this version of the truck, sell all the trucks in the garage

the previous version, since some changes were introduced to the configuration of the wheels or otherwise
possible departure from the game!:( Everything is now fixed in the log and 99.9% clean.:):):)
Adaptation for the new version of ETS2: [orange] – 1.41.x and higher!

New sounds in FMOD format.
Added new gearboxes.
New engines with tuned torque.
Now Kraz has its own new camera :)!
Fixed the physics of glass reflection inside the interior.
Fixed metal reflection physics inside the interior + added realism.
Added a new lighting format for the truck.
Added new inventory to the interior + bonus from STEAM.
Unfortunately, there is no window animation!? 🙁
Adaptation to the new version of ETS2 : [orange] – 1.40.x and higher! 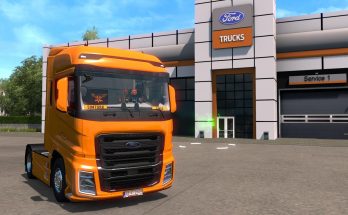 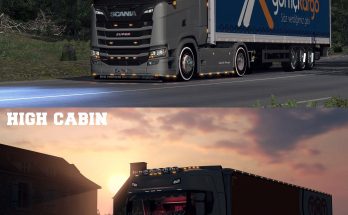