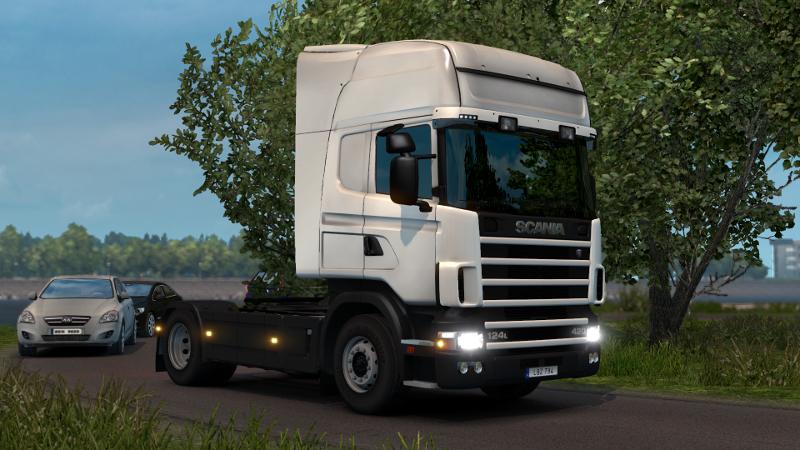 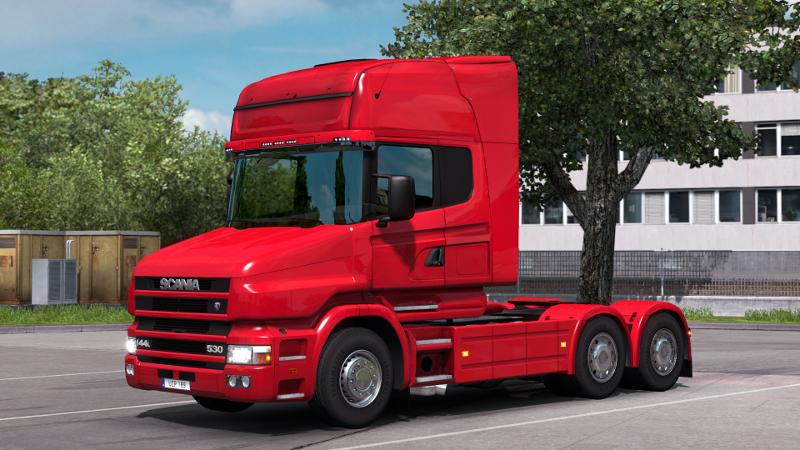 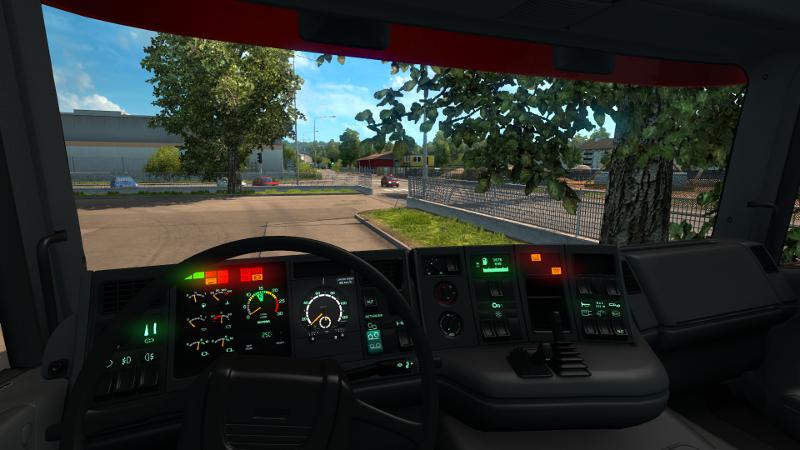 This is an addon mod for RJL Scania T and Scania R.
For a several technical reasons, it does not add any new parts for those trucks. Instead, it adds new standalone 4-series truck which can be customized in the same way and as much as those two already existing truck mods.
So if you want to have 4-series, the first thing to do is visit at Scania truck dealer and buy the truck from there.

-Some parts might produce a visible collision with each other. You need to choose their correct combination yourself.
-There might be errors beginning with ” [baked_model] Pieces using same material and parameter packets have different vertex buffer layout” in the game log. They are not dangerous, the mod still works fine with them. You can either ignore them or type g_baked_vehicle 0 in the game console to make them disappear.

-Updated the mod for 1.31 patch (sorry for late update, modders also have a life)
-Added 6×2 with single tyres in the rearmost axle (non-steerable version of 6×2*4)
-Older engines now consume generally more fuel than new ones (based on the Euro rating)
-Equipment towers can now be installed on any chassis
-Adjusted the height of equipment towers to avoid clipping with rear fenders
-Moved air hoses and equipment towers to under new “trlr_cables” locator for technical reasons, you have to re-purchase them in the upgrade shop. 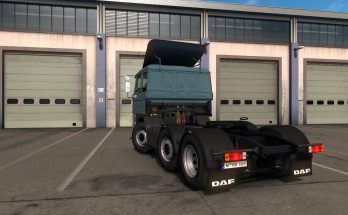