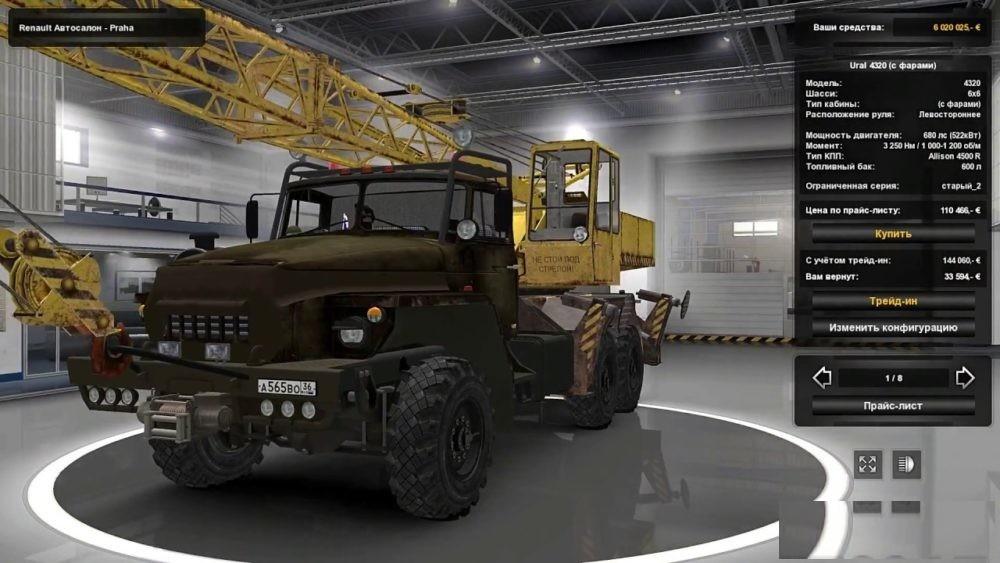 Ural-4320 is a domestic truck with high throughput serially produced by the Ural Automobile Plant from 1977 to our days, albeit in a somewhat improved form. The truck is constructed on a chassis with a wheel formula of 6 × 6 and has phenomenal patency, which allows to successfully operate it on roads with any coating and in off-road conditions!
Mod includes several modifications of the famous Ural-a, added 5 types of chassis, 10 engines (4 lines, each with its own sounds) and 12 gears with realistic characteristics. There is an external tuning which includes: 2 cranes, 8 body modifications, 8 bumpers, a trunk, a winch, several skins and a set of off-road tires and disks. In addition, the original interior of the salon is of high quality and full animation!
For sale in car showrooms Volvo

The Ural-4320 domestic cross-country truck, produced by the Ural Automobile Plant since 1977

* Completely autonomous model.
* Chassis: 6×4, 8×8, crane-1, crane-2.
* The volume of fuel tanks on each chassis is 1800 liters.
* There is a little tuning.
* 3 wiper modes.
* Painted in any color + 10 types of skins.
* Kamaz is bought at the dealer of URAL modifications and the RENAULT store.
* Changes for the new version of ETS2:
* New version of “PMG” 3D model (SCS Blender Tools).
* New version of “PMA” animation (SCS Blender Tools).
* Reworked many “mat”, “tobj”, “sii” and “dds” files.
* Support for multiplayer game with CONVOY mode.
* In the interior, the brightness of the sun’s rays on the windshield is reduced.
* Fixed work of on-board computer and GPS navigator.
* Fixed smoke from the exhaust pipe.
* Added cockpit accessories and toys from Steam.
* New engines and transmissions with real performance.
* New high-quality sounds (FMOD) of engines – 4 types (Kraz, MMZ, YAMZ-238 and YAMZ-236).
* Updated interior and fixed camera.
* New lighting format.
* New distance low and high beam.
* Fixed in companies, truck gallery and dealers.
* Carried out cosmetic cleaning of the 3D model and optimization in the game world.
* Fixed all the bugs of the previous version to a minimum.
* The log in the game is almost 99.5% clean (percent).
* ATTENTION!!! Works with skins from the Author – MaxX_AGENT 🙂

The archive has a cabin template for skins !!!

Changes:
Tweaked indicators
I fixed the windows and made handles, the windows will open both inside and out,
I corrected the light so that there would not be a bright glow from under the bumper, but a small defect remained

* Completely removed light on the windshield in the interior.
* Fixed uninstalled textures and icons. (Sorry for the 1st update)
* Fixed brakes – now they are more responsive like Kraz 255-258 🙂
* Fixed chassis physics and truck handling on corners 🙂
* Fixed the work of the wipers, which did not remove moisture from the windshield 🙂 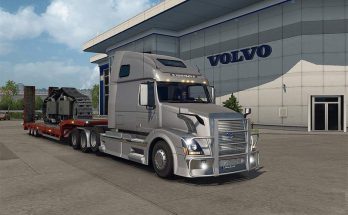