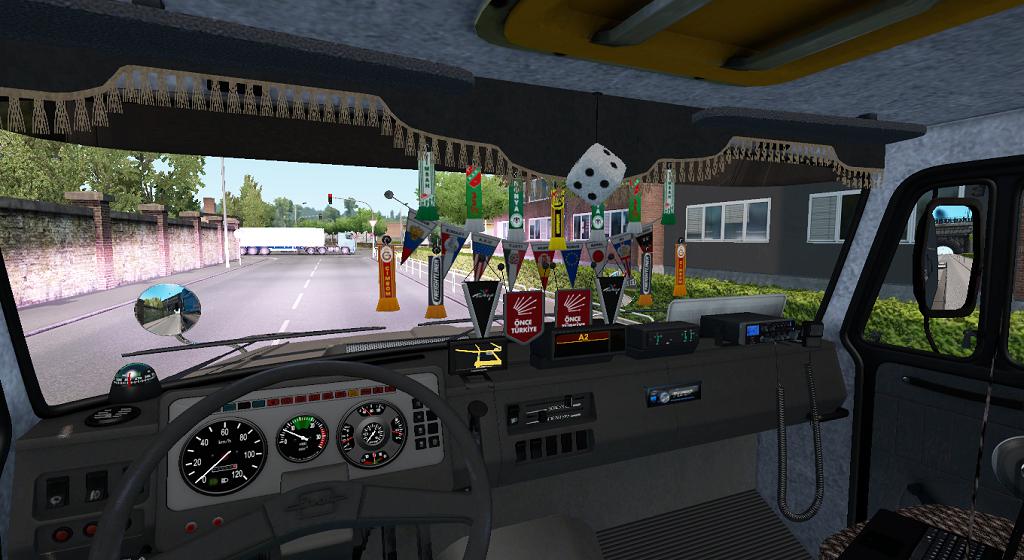 The entire cab is cushioned when braking and driving over rough terrain
Removed a defect with the fuel tank on the 6×6 chassis
Sounds adapted to FMod
Mod updated for version 1.37

In this version I corrected the error. The pennants did not have enough texture so that the strings on which the pennants were hanging were black, I also increased engine speed with 800 hp and added a 9-speed gearbox if you want to drive more than 200 km / h then put the engine to 800 hp and a 9-speed box, so first, unpack the archive in which the mod is and there is a fix for working on version 1.34 right away, fix it to put everything like a mod above.

Changed the view of the camera from the cab
Slightly improved brakes
Update for 1.36
Fix in archive
Fixed bugs found
Passengers deployed and added