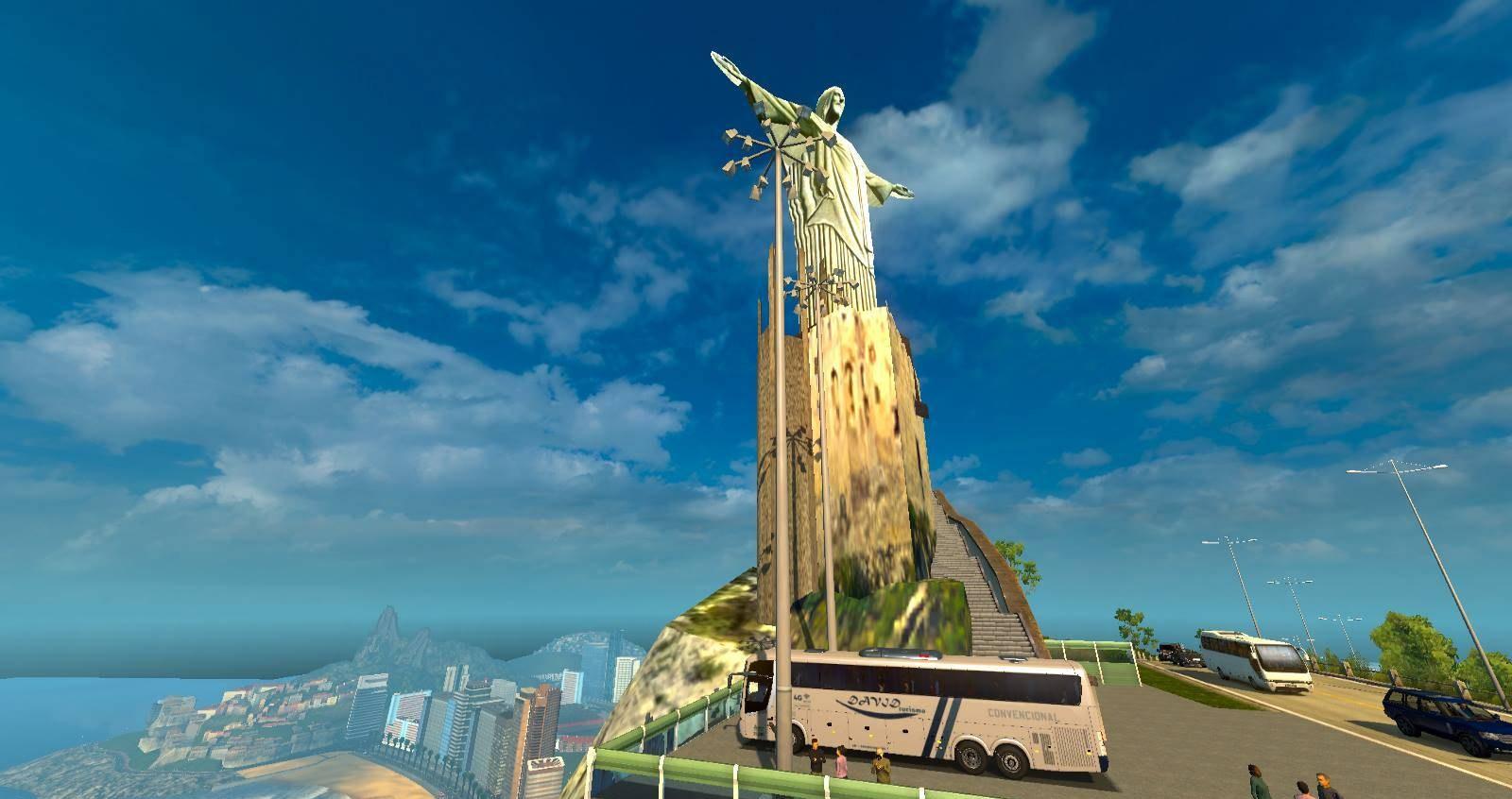 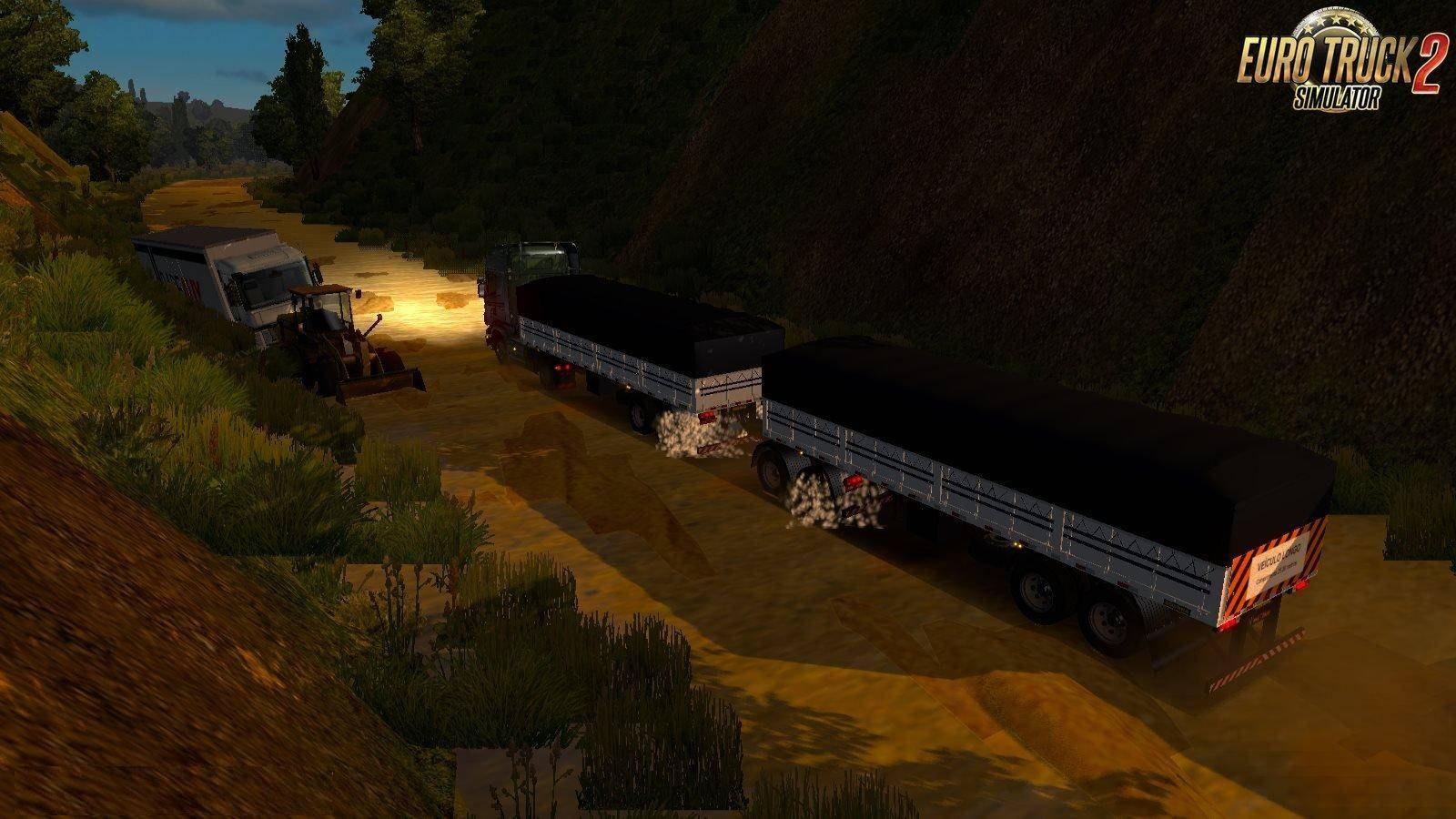 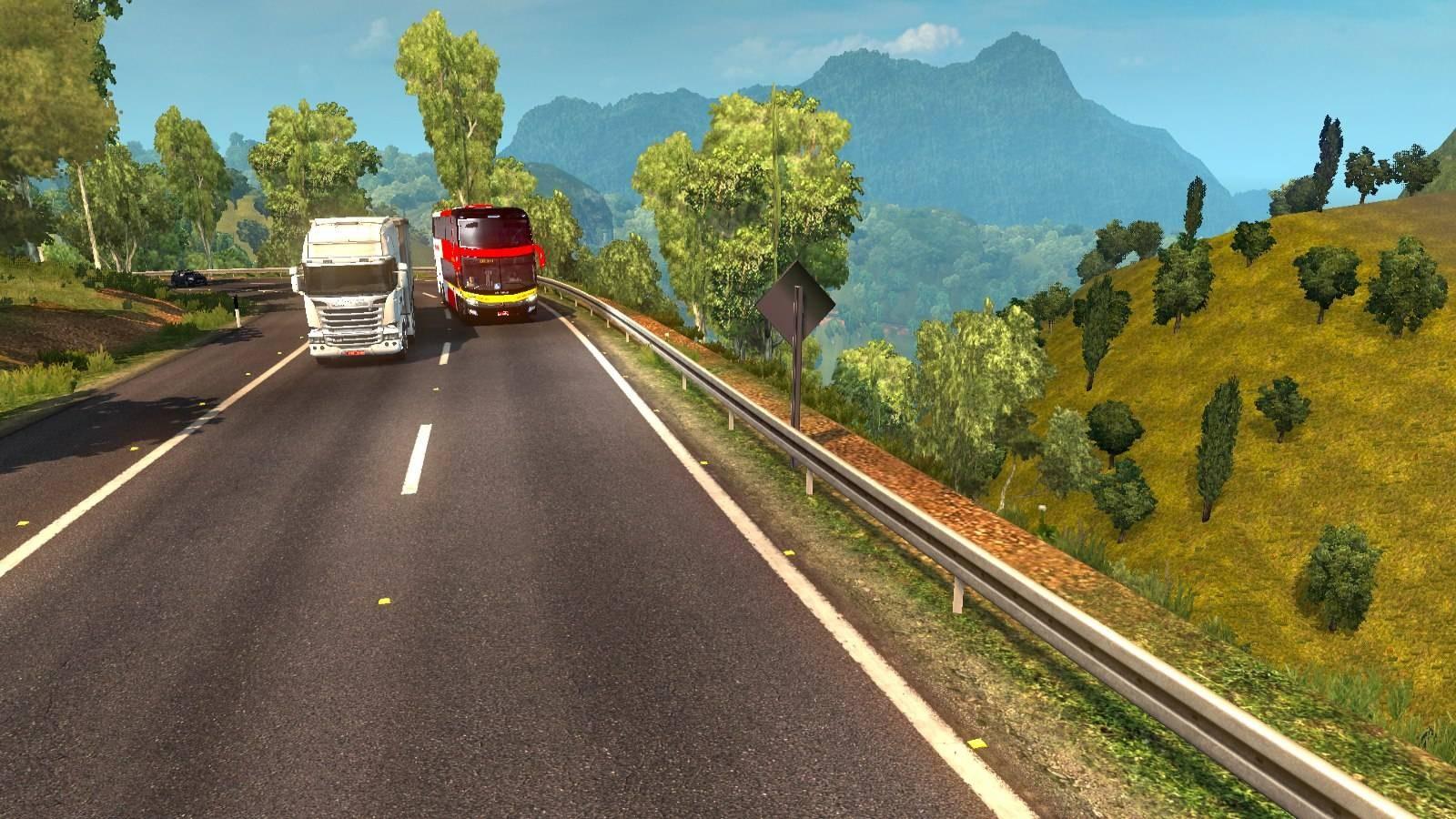 Changes v5.1
* – Fully functional in both DX11 and DX9
* – Curitiba remodeled
* – Curitiba Bus Station with bus traffic (just pass, do not stop)
* – São José dos Pinhais refurbished
* – Serra de Paranaguá redone
* – Serra do Azeite redone
* – Re-established the Registry Support points (Petropen and Buenos Aires)
* – Serra de São Luis do Purunã redone
* – Access to Ponta Grossa refurbished
* – Created the headquarters of the EAA in Ponta Grossa
* – The viaduct of access to Chapecó
* – Bus traffic passing within the Tiete Bus Station
* – Remaining surroundings of Além Paraíba and Mega point of support
* – Redevelopment BR-040 in the Duque de Caxias region and access to Teresópolis
* – Finalized editions in the region of Petrópolis
* – Refurbished BR-040 in the region of Juiz de Fora and the accesses to the city
* – Re-section of BR-040 between Barbacena and Conselheiro Lafaiete (inclusion of Cupim and Cristiano Otoni (figurative)
* – He remade all Rio-Santos (he collaborated with part of the remodeling Rodrigo Gomes)
* – Improvements in the city of Santos (collaboration of Rodrigo Gomes)
* – City of São Sebastião-SP Realistic
* – Improvements in the city of Caraguatatuba
* – Completed between Boa Vista and Manaus (not Alpha anymore)
* – Added support point in Leopoldina-MG
* – Road contour of Campo Grande-MS
* – Revised the entire section of Campo Grande to Rondonópolis, with duplication of the entire stretch in the state of Mato Grosso
* – Rebuilt city of Itaobim
* – Point of support in Volantes Point
– Some cards may contain names errors, with European names (please print and report in the support email)
– Some movers (people, flags, etc) can be found flying or even on the road (take print and report in the support email, please)

Changelog:
0.15
– Old fix has been updated and everything is in one package now

Truck version of EAA module.
It is territorially identical to Normal, cargoes “to the truck box” and ghost trailers for tandems, Mercedes 1634, Volkswagen Titan, various technical changes and additions for cargo transportation have been added. Many new nice skins for trailers.
You can connect to the EAA Normal profile, just complete the delivery – there will be a recalculation of the economy.

Miscellaneous Changes:
– About 2000 km of new roads (Total already exceeds 80,000 km)
– Creation of the Road Contour of Coronel Fabriciano and Ipatinga
– Duplication of the stretch of the BR-381 in the passage through Nova Era
– Improvements in BR-381 from João Monlevade to Governador Valadares
– Improvements in the Anhanguera Highway between Campinas and Divisa SP / MG
– New access to Ribeirão Preto
– Changed the entrancamento of Rodovia dos Bandeirantes with Anhanguera
– Fixed the advance of time (very fast) within Belo Horizonte
– Correction of error in the garages of Santa Maria de Jetibá, ibia, Salete and Itajubá.
– Smoothing curves in the BR-101 South of Bahia (without losing the sinuous characteristic of the region)
– Addition of GRAAL 125 on Bandeirantes Highway
– Clover of Sete Lagoas redone to finish with the track bottlenecks
– Dozens of cities with a name changed from a high-pitched box to a low-pitched pit
– Dozens of straight on various roads removed the “bellies” in the curves
– Improvements in the Ring Road of Belo Horizonte
– Creation of the Expressway of Belo Horizonte (Ficticía)
– Dozens of other small improvements that were not computed