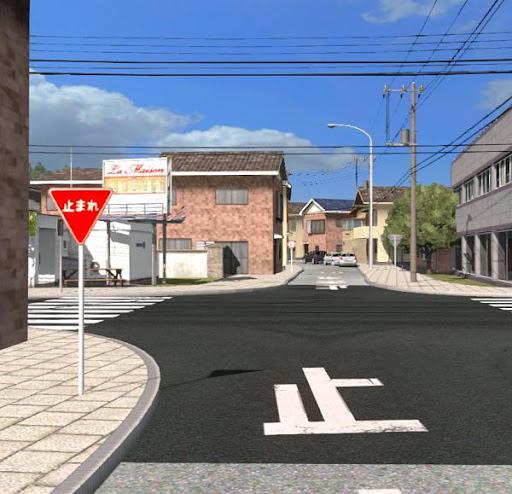 Changelog
Adaptation for patch 1.45.x
Fixed display of dealers on the map

Project Japan is a new map from the creator of the Project West map, which is built on a standard 1:19 scale.
It has been under development since June 2017 and is now finally ready for the release stages.
This current version includes 3 north-central Japanese cities of Toyama, Kanazawa and Takayama with cities and settlements between them. The surrounding area of the city is very detailed and hopes to get closer to the Japanese spirit and truck driving options.

This map is standalone, you need a new profile and choose the japan.mbd module.

Summary
We have now released Version 1.0.6 of Project Japan, a map mod for ETS2.
This patch brings compatibility for 1.44 and Convoy Multiplayer.

This patch mainly focuses on compatibility with 1.44, and it’s content is similar to that of the previous version, so there are no new areas.

From version 1.42, it is possible to use mods in the Convoy Multiplayer Mode.
We have tested Project Japan and found it to be mostly working, but there is one major issue we have not been able to fix.
If AI traffic is enabled, the game will crash near the “Hida Kiyomi” toll booth.

Temporary workarounds:
1. If AI traffic is wanted, you need to take a detour via Toyama
or
2. Disable AI Traffic
If AI Traffic is disabled, the game will not crash at that location.

We have added a special sign board (Japanese) to inform of this situation.

– Version 1.42.x (no compatibility with version 1.30 or below)
– 6 Map DLCs: Going East!, Scandinavia, Vive La France!,
Italia, Beyond the Baltic Sea, Road to the Black Sea

Changes in this Version

About Super Hard Company:
Super Hard Company is a Mod that is included in our official download.
This Mod increases the difficulty of parking quite significantly by adding obstacles close to the parking spot and
narrowing the space you have available there. It also alters navigation data in some instances, so that you cannot
fully rely on your navigation system!

PJ Ver1.0.3 is compatible with ETS2 Ver1.41.
At the same time, not only the PJ itself, but also the add-ons that are compatible with 1.41 are included.
In addition, with this update, we have also fixed problems that were discovered after the release of Ver1.0.2.

BEYOND THE BALTIC SEA ・ ROAD TO THE BLACK SEA, 6 MAPDLC in total

Update / correction part
Bug fixes
-Rain leaks in some tunnels-
AI cars stop on the main highway at a hard company-
There are parts that cannot be passed on narrow roads in Kobe (collisions are on the road) -At
Kanazawa Port there is not received by the work in the company
tunnel ceiling in the cargo is caught of
and other, minor fixes
adjustment
PJ body, and ETS2 1.41 correspondence of AddOn
added or changed
change the several companies of the arrangement of the hard company, etc.
dead-end display Additions such as (Pj accessory add-on, hot dock accessory add-on)

Hard Company Add-on is an additional mod that makes delivery operations hard.
There are settings such as adding obstacles near the parking place and forcibly terminating the navigation guidance near the site.
With long vehicles and trailers with steering wheels, it may not be possible to reach the parking place.

Changelog v1.0.1 for 1.39
Fixed trucks falling through the ground in some gas stations
Fixed LOD model texture error of AI truck “Hino Dutro”
Fixed collision model for a brdige in Kobe, near the train station.
Fixed parking spots for “Easy” difficulty at the 5-story logistics center in Osaka
Fixed impossible parking at a company in Suita due to trailer placement
Other minor bugfixes 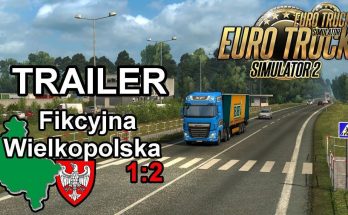 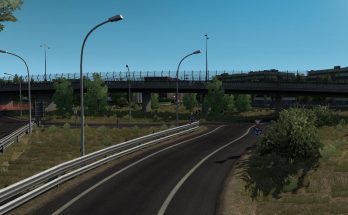