This is a pack of Next Generation of Scania trucks. Mod based on default Scania R & S Series by SCS Software. 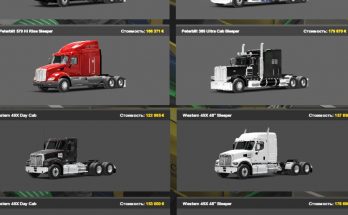