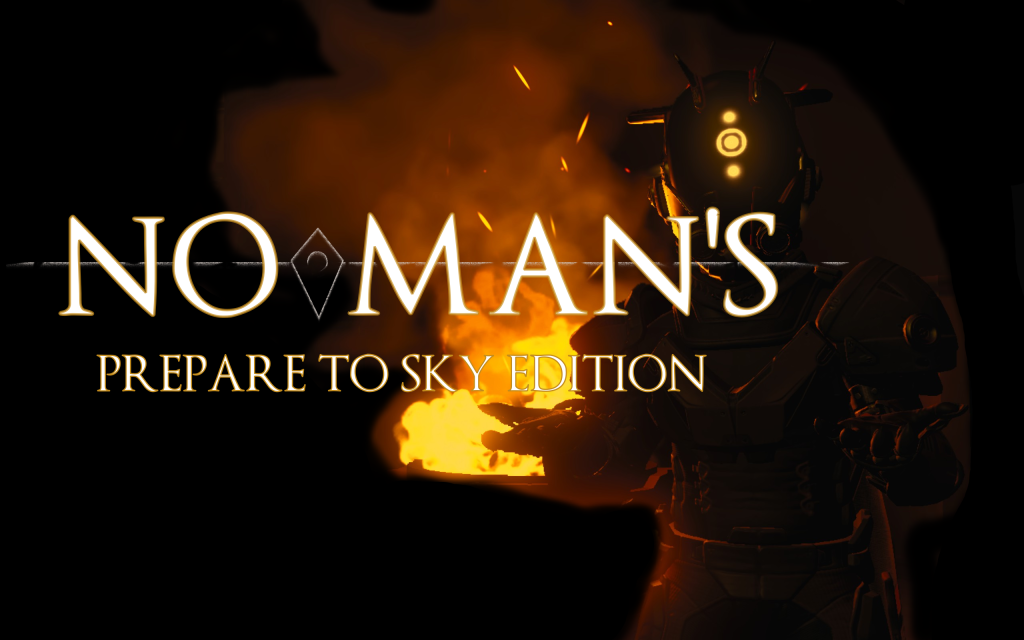 The title is mostly a joke: while PTSd does attempt to substantially increase the challenge of combat, exploration, trading, farming, etc. while reducing many “overpowered” income options, and it should require a bit more “preparation” from the player before attempting more dangerous things, it also increases the rewards for many “active” activities as well. It’s a bit of a “journey, not the destination” kind of a mod.

Goals of this mod

If you enjoy starting new save files, the sense of progression of a new character through the early & middle portions of the game, and start to lose interest once your character has unlocked everything and can do anything easily, and prefer choices without overpowered or underwhelming options, PTSd may interest you. Covering many aspects of the game through a wide range of cost/value/reward adjustments, rebalanced equipment stats, and a few added features, PTSd aims to:

Stretch out the early & mid-game so the player is not able to immediately buy any & everything. Generally there will be more time where the player can be “looking forward” to unlocking various tech or features that are currently unavailable.

Make it more rewarding when the player eventually is able to get higher class starships / multi-tools or better exocraft, or invest upgrades into them, especially since enemies / the environment are challenging enough to appreciate the added ease / convenience they bring.

As much as possible, avoid situations where either one playstyle is so clearly superior to the alternatives that they aren’t worth considering, or the inverse where an option is completely underwhelming compared to others. For example, in Vanilla an Activated Indium mine or Fusion Ignitor farm are orders of magnitude more profitable than any other activity, while conversely Settlements, salvaging Crashed Freighters, or rescuing Freighters from pirates typically provide so little reward that it is hard to justify the time taken to do them.

Similarly, differentiate & balance the Multi-Tool / Starship weapons and Multi-Tools / Starships themselves so that there is no “clear winner” which is statistically superior to all the others. E.G. Why pick the Neutron Cannon when the Scatter Blaster kills everything much quicker? Or why pick a Hauler when you can upgrade an Exotic to just as much storage with excellent stats? Or why pick a Royal/Experimental/Pistol when an Alien Multi-Tool has higher Damage, and the Mining or Scan stats provide negligible benefits?

Add more ways of steadily earning Nanites throughout the game.

PTSd is mainly balanced around Survival Mode with the starship target assist disabled, although most changes also apply to Normal Mode. Also, some of the Recommended Mods below work very well alongside PTSd. Generally PTSd aims to address different playstyles / strategies directly, however there were a few things I was unable to change:

If continuing an existing save, several things such as the stats of your existing starships / freighter / multitools will retain their old values. Upgrading its Class (A to S, etc.) will cause it to use updated stats, or you can use a Save Editor to manually change the stats to match PTSd values.
The mod is balanced around not using the initial free freighter. The best workaround I know so far is to just do it on the “honor system”: either continually reject the free freighter offers until you buy your own, or accept the initial free freighter, rename it to “No Man’s Freighter” or something, and then never interact with or set foot on it until you are able to purchase a new freighter of your own. Freighters have reduced trade-in value with PTSd, which should prevent you being to simply trade in your first free freighter for another one with no money out of pocket.
I haven’t yet found a way to make “normal” Sentinel Pillars work the same way the ones do in the “Trace of Metal” questline, so it is just on the “honor system” to actually defeat the nearby drones / Sentinel Mech before using the terminal to shutdown all planetary Sentinels.
I wanted to avoid changing much related to Nexus Missions / multiplayer activities, so again it would be on the “honor system” not to use the free system warp that many Nexus missions start with to gather currently unavailable resources such as Cadmium / Emeril / Indium before you have the appropriate Drive technology.
Finally, it’s also on the “honor system” to use your starship’s warp drive to travel between space stations / trade outposts in different systems for doing bulk buying/selling of trade goods / illegal contraband instead of safely using your Freighter’s teleporter / hyperdrive and/or Freighter base Trade Terminal.

Some general advice for the different playstyle PTSd is aimed at:

For help with surviving the start of a new game, you can try using Photo mode to move the camera around to scout for sodium / caves / shelters while the game is paused.
Both planetary and space combat is intended to be difficult enough that while you should still be able to handle minor threats right from the start, ideally you should be unable to defeat every possible enemy with just starting C class Multi-Tools / Ships and no additional weapons / shields / upgrade Modules. Things such as large groups of pirates, “Hard” level random Bounties / Pirate-hunting space station missions, or Sentinel Mechs / Walkers will typically require much better equipment, tech, and upgrade modules to take down. Avoiding or bribing enemy ships early on is much safer.
Since the starter ship & multi-tool still comes with 0 bonuses just as in vanilla, getting a better C or B Class ship as soon as possible makes a big difference (including Shuttles), as does getting a few C Class shield/weapon upgrade modules at your first space station. Higher Ship Class makes a bigger difference in PTSd, as do Pulse Engine / Launcher upgrades if attempting to outrun enemy starships. I recommend first having reserves of Sodium Nitrate / Starshield Batteries on hand if planning to engage in prolonged space combat, as you ship shield will likely go down quickly & often. The Emergency Warp Unit may now actually prove useful, as it can let you escape unwinnable space encounters early on.
Similarly, do not expect to be able to complete all 5 possible Frigate Expeditions each day without having high-level Frigates and an assortment of Frigate-boosting upgrade modules in your Freighter.
The intention behind removing many of the “quick & easy” money-making schemes while making most tech / upgrades / blueprints / starships more expensive to obtain, is that when faced with a particular item that is currently out of reach, the player might just continue with other quests / endeavors and making do without the item while “saving up” for the item in the meantime. This is opposed to dropping everything else to do nothing but continually grind for the missing resource, which will likely take a while now.

While there was a good deal of testing & spreadsheets involved in tuning PTSd, ultimately balance and difficulty are subjective things. However, since the .lua files are provided, you can open them with most text editors such as Notepad++ and change the values to your liking, then run the .luas through AMUMSS to make your personal version of the mod with different values.

Certain .lua files such as ﻿gDamage382XTEMP.lua, Space Combat+LargerX.lua, and RebalancedWeaponsX.lua all have a few settings right at the top of the .lua file for quickly adjusting many values within a category all at once, for things like damage dealt / received by the player, and enemy starship hull / shields.

﻿While the various changes in PTSd are generally designed to work together and not individually, I made it somewhat modular as a last resort for those with any issues with a particular module; it now comes in multiple .paks to be used all together just like before, or you can remove individual modules if absolutely necessary, with the caveat below.

While the modules are mostly grouped according to similar topics, I’m limited by which files each one affects, so certain topics may have changes spread between multiple modules. E.G. While “PTSd Prices and Tech and Starship Speed and More.pak” makes unlocking crafting recipes cost 10x more, “PTSd Missions and Rewards.pak” is what makes Manufacturing Facilities balance that out by awarding 10x the Factory Override Tokens.
Please check the individual .lua files to see exactly which changes you may be giving up by removing a particular module. Recommended to edit the .lua files and re-pak with AMUMSS rather than removing entire modules to avoid accidentally removing other changes.

Browse to No Man’s Sky\GAMEDATA\PCBANKS.
Delete or rename the DISABLEMODS.TXT file.
Create a folder named MODS.
Place mod .pak files into the MODS folder (they have to be in the folder itself and not in any subfolder).
Start the game and wait for the splash screen to disappear.
If done correctly the game will display a warning just before displaying the selection of saved games.

PTSd will likely conflict with many other gameplay-altering mods, as it affects a wide range of .MBIN files including:
Spoiler: Show

However, the .lua files for PTSd are also provided in the download, so you should be able to easily merge this with most other mods by using AMUMSS following these steps for merging mods.

With permission, the following mods have been adapted for balance with PTSd and included as part of it:

﻿Mod framework used as basis for a variety of ship rebalancing

﻿(Edited to reduce base Survival launch cost from 50% to 41%, so the “Efficient Thrusters” tech will let all starships make 1 additional takeoff per refuel)

﻿﻿﻿Significantly increases the damage that NPC starships/freighters do to each other, both ally & enemies (does not affect damage to the player).

﻿(Edited to tone teleporter range down to ~750u)

﻿Increased damage taken by the player from all sources

﻿Increases base size and variety of usable parts (edited to reduce extractor rates, extractor & silo storage, and limit the number of extractors & silos per base) 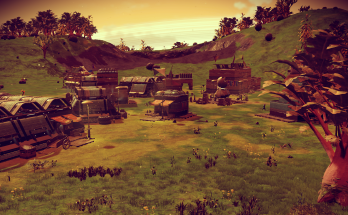 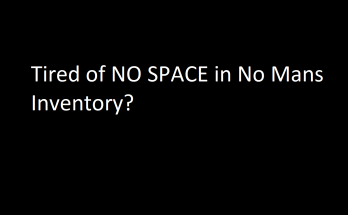 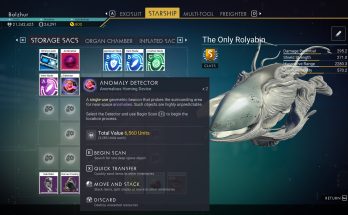