Inspired by original release NMS where you couldn’t summon your ship at will, this mod makes launching and landing a more purposeful endeavour, increasing world immersion
Standalone component of my larger mod, THE TRAVELLER

Starship Launch Systems are overhauled, generating a friction between the player and their ship that facilitates more purposeful play, increasing world immersion.

With this mod, you can still summon your ship, but launching your ship is more challenging and costly, creating a similar effect without hindering late game mobility. Ship classes have differentiated launch stats, and launch upgrades have been altered, increasing a sense of progression and reward as you develop your character in this universe.

**All users, it is advised (optional) to dismantle any launch system upgrades before installing the mod. I want you to work for them! Their recipes will be changed. They are also rarer to find pre-installed on Starships, and increase the value of Starships appropriately.

Go to the Files tab on NexusMods (this page) to download the mod.
If you want these changes as part of a comprehensive package to improve the exploration and immersive experience of No Man’s Sky, use THE TRAVELLER instead.

This mod installs the same way as any regular mod for No Man’s Sky. It’s very simple! Extract the mod to your mod folder.

If this is your first time installing a mod for No Man’s Sky, it takes 1 minute. Follow these steps:

1. Navigate to your game folders. For me (Steam user), that means I go to:
C:\Program Files (x86)\Steam\steamapps\common\No Man’s Sky\GAMEDATA\PCBANKS
2. Delete the file DisableMods.txt
3. In that same folder (PCBANKS), create a new folder for your mods. It can be called whatever you want, I just call it “MODS”. https://i.imgur.com/38kXMmP.png
4. Download the mod from the Files tab here on nexusmods. It will download as a zip file. Extract the .pak file contained within the .zip file (I use 7-zip) into the MODS folder you created.
5. All set! (When the game starts you will get a screen that warns you that you are using mods).

Deleting the .pak file fully uninstalls the mod. You can leave the mod folder you’ve created.

Sometimes when the game updates, it will recreate the DisableMods.txt. Just delete it again to continue using mods.
Sometimes when the game updates (usually just major updates), the mod will be temporarily incompatible. I update the mod within 1-14 days depending on circumstances, at which point you just replace the old version with the new version to keep using the mod.

v1.0
– Compressed atmospheric gas is required to fuel your ship. A standard fighter ship will require 250 units of gas (sulphurine, radon, or nitrogen) for a single launch, with capacity for up to 1000 units of gas. Alternatively, pop a Thermic Condensate into the launch chamber for more efficient fueling.

– Different ship classes use different amounts of fuel to take off. Haulers (the big ones) use the most, then fighters. Explorers and shuttles are more lightweight and efficient. Launching an Exotic ship is smooth as butter.

– Living Ships are more alive than ever. You can still use Oxygen to fuel your Living Ship, however you’ll need a LOT more Oxygen for a single launch than before. Instead, you’ll be wanting to feed your Living Ship all manner of Abyssal treats. The bread and butter fuel option are larval cores, a simple but delectable snack for Living Ships. For a more efficient and thoughtful care of your alien kin, it is recommended to cook for it. Abyssal Stew is a healthy classic, or if you’re feeling a little cheeky you might feed it a Cake of Sin. All manner of abyssal meals can be fed to it, and comfortably satiate its needs for launching.

– Starship Launch technology stats have been balanced to fit the vision of the mod. They are also rarer and more challenging to build, providing a longer, rewarding progression arc.

– Living ships have higher fuel capacity, but a single launch uses up significantly more energy, increasing impact of feeding your ship as well as upgrade progression.

– Minor changes to new game known portable technology to minimize or erase the chance of becoming truly, impossibly stranded (it may still be extremely challenging depending on the planet!!).

There may be times when you find yourself on a planet that contains no source of compressed atmospheric gas, or none that you can find. It may even be possible to become truly stranded though (I think this is only possible at the very beginning of the game, if you land on an ‘impossible’ planet without yet having visited a space station). Here’s some ways to get yourself out of a pickle:
– Find a building with a landing beacon or landing pad (build a signal booster to help). Your ship doesn’t need fuel to be summoned to, or take off from, one.
– If there’s no buildings and all hope seems lost, build a base with a teleporter and whisk yourself off to another planet or space station!
– I don’t expect this to happen, but if you are ever truly, irreversibly stranded, don’t panic! As a last resort you can always remove the mod and get yourself off the planet. (And then reinstall the mod, I hope!). I am interested to know if you get irreversibly stranded, shoot me a message.

Remember this mod is non-destructive, and can be removed at any time with no consequence. I don’t expect issues/bugs but please let me know if you encounter any.

When you have multiple mods editing the same files, they will conflict. You can run a compatibility check against any other mods you’re using by downloading AMUMSS﻿, following the setup, and running the BUILDMOD WindowsBatchFile. Just press ‘y’ on your keyboard when it prompts to check for any conflicts in your mods folder.

If you’re feeling brave you can also learn how to merge mods.

This mod edits a few files that will conflict with some other mods, particularly ones that adjust technologies, products, or ship functionality. Listed below are the edited files. 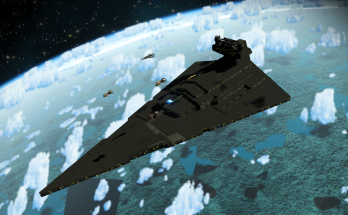 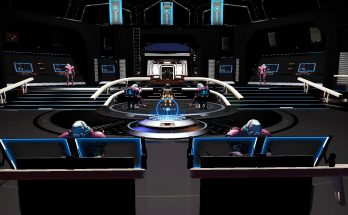 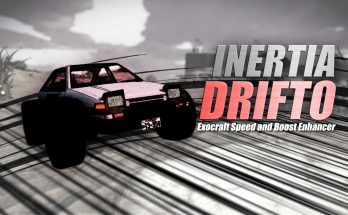