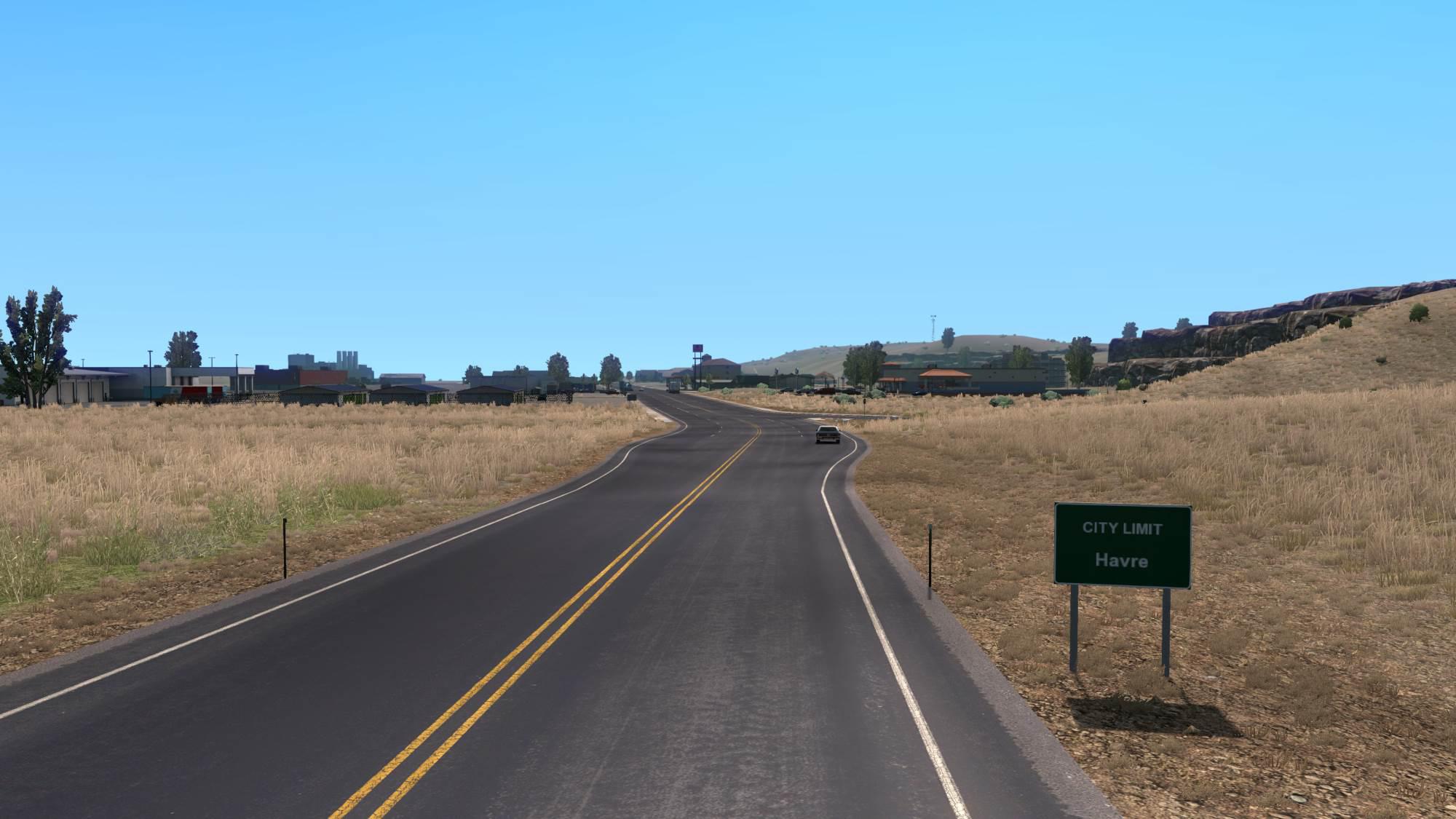 v0.9.9.7
Guardrail east of Bozeman corrected, thanks TW –
US 287 work between Helena and I90 –
Fix random terrain flickering around the map –
Great Falls work –
Fix several prefabs that were updated leaving terrain holes on corners

Changelog v0.9.9.3
fixed issue with US advisory signs missing recommended speed – (pictures below)
started adding advisory signs back in the map –
tweaked US 93 between Missoula and Kalispell a bit –
changed road texture to Welker farm, what was there was temporary –

Changelog v0.9.9.2
fix speed limit between Helena and Great Falls –
adjust police cars for Glendive to Billings ST on the Billings exit, little easier to make your left now –
a few adjustments north of Shelby –
replace all cattle guards for the newer models –

Changelog v0.9.9.1 –
Interstate 15 From Great Falls to Butte re-build started –
Helena added with 2 companies in town and 1 custom company added north towards Great Falls –
Custom company added at Welker Farm in Shelby –
Removed 5 companies in Great Falls –
Replaced Coastline Mining in Circle with updated depot, this mine will be completely re-built in the future –
Great Falls will take some time to finish, but have a decent start on it and it is playable –
A few signs were removed because of sign re-work, these and more will be added in near future –

Changelog v0.9.9
Bad Route Rest Area(between Miles City and Glendive) and surrounding area reworked –
terrain painting in several areas on eastern side of map –
signs added, mostly curve, highway ect… how many? I cant count that high –
fixed the stop signs in Lewistown next to the garage –
this will most likely be the last update for a while, as I am starting the Interstate 15 re-build from Great Falls to Butte, beautiful drive IRL, gonna see how much I have learned over the last year and a half. See if I can do it justice!

Changelog v0.9.8
lots of signs added –
new welcome sign –
started adding custom billboards –
truck stop on east side of Billings seen a lot of work –
too much to go on with here –
as far as the billboards go, the Billings Peterbilt is not there IRL, I was messing around and I like it so..
The Springhill Suites sign is IRL – just as an example of what I am doing –

Changelog v0.9.7
Fix update for the view point icons showing in map at Sandpoint and Idaho Falls, now corrected. I should have done this long ago.
Also, C2C assets removed, reducing file size to 22mb and removing a few errors that arrived with Colorado.
Also, rebuilt US 2 coming into Sandpoint from Kalispell, no more visible water in the distance, and a shortcut added to the Homestore.
FYI – as this was an update to fix the view points and remove C2C assets, a lot of signs had to be removed, these will be added with more, in the next update. As this will be a sizeable project.
If your not worried about the viewpoints, and want to wait for signs to be added back in, do not download this version, or make a copy of current version and save it in case you want to revert back.
I hope to have the next update out before New Years.

Changelog v0.9.6
Billings upgrades, mainly around the garage and on east side of town, the Peterbilt dealer and 2 truck stops seen some work –
removed 3 legacy prefabs that I some used when initially building road network for Billings –
several terrain gaps I found fixed –
Various terrain painting, passing lanes added between Miles City and Jordan –

Changelog v0.9
New city of Jordan Montana added –
New custom company added in Jordan Montana, please note Montana Assets is needed for this –
New Freightliner dealer added –
various fixed like, more highway textures updated, a couple passing lanes added, added cut planes in Billings hoping to improve things for low end pc/laptop users –
all I can remember at this time – Please note, that the custom company changes will not change in Coast2Coast until the sectors are updated, they have been sent to Mantrid. You will need Montana Assets when using C2C for the custom company.

Changes v0.8.5
Changed cargo.mutt_hull and cargo.mutt_tires to cargo.dumper_hull to fix dangling pointer error
fixed terrain at Missoula Lumber Mill as well as stumps in lumber mill prefab area
small update mainly for the special transport errors
the corners and hills is a fairly good size project, will be a bit for that update
meanwhile I am on vacation trucking in the Caribbean

Version 0.7.9:
– fix for flying trucks in Missoula Parking lot
– removed a hole in the East side area of Billings
– various works

The Montana Expansion map for American Truck Simulator offers the user to become part of a huge game world, where there are lots of features and really cool add-ons that you could only imagine before, and now you can ride them with joy.

v0.5.7 –
Coast2Coast assets added back in tempoary fix –
Once again compatiable with Project East –
Lonepine, Montana changed to LonepineMt, Montana due to Lonepine being in SN –

v0.5.5 –
Lights added in several cities –
Speed limits map wide fixed, no more leaving a city and having 35mph speeds for 47 miles(example) you will notice a nice change in traffic especially on 2 lane roads –
File size reduced by 159mb by removing C2C assets –
several signs had to be removed, but next update will see them back with many more –
Plentywood added, no company yet –
terrain profile from Culbertson to Plentywood done –
too much done to remember it all –

v0.5 –
Shelby area re-build started , road to Welker farm and area started –
Including all rail east and west as well as through Shelby, re-built –
Culbertson area along with scale/rest area re-worked –
Interchange to the oil rigs (between Culbertson and Williston) re-worked-

v0.2.5 –
3rd I15 interchange in Great Falls re-built along with alot more terrain pieces removed –
Billings improvements –
Scale triggers exiting Billings scale corrected –
Speed limit on I90 in Billings now 65 all the way through on the interstate –
dozens on needless terrain pieces removed from Billings –
buisness added for Forsyth –
company not inside city limit corrected (was the new Kalispell truckstop) – 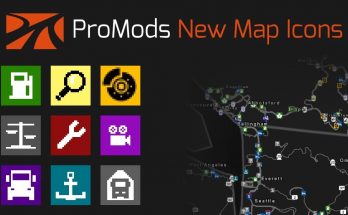 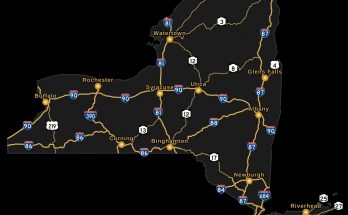 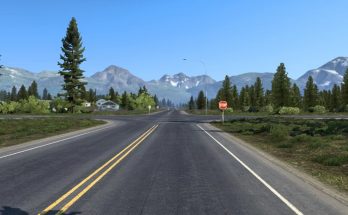