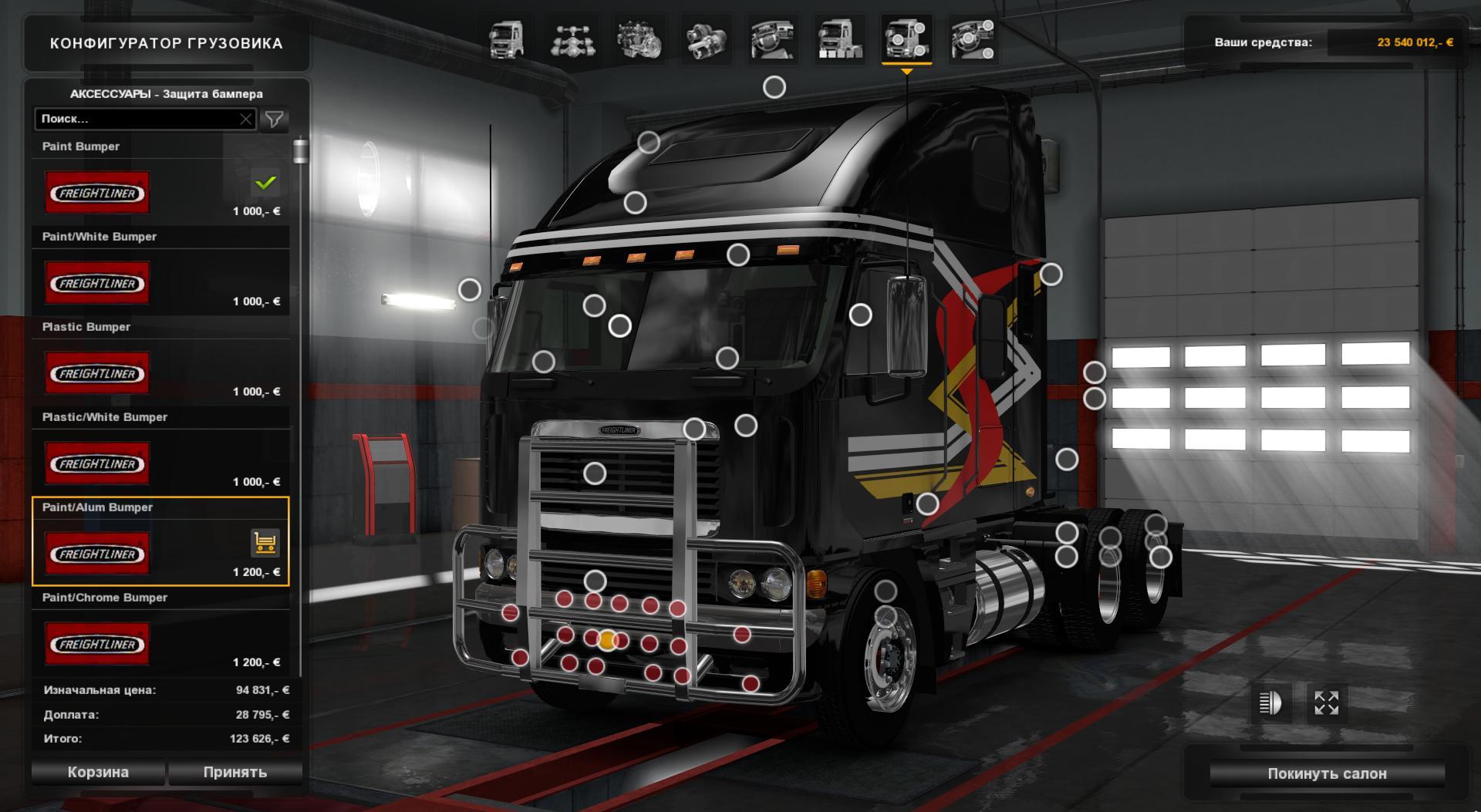 Description
This is an updated version of Freightliner Argosy. The truck itself is not very accurate, as the cab model comes from the Rig’n’roll, but it’s fun to drive anyway.

Version 2.5 (ETS2 1.37.x):
– Engine and interior sounds converted to FMOD Sound System,
– Added openable windows,
– Improved internal animation (working analog clock, air valve in the trailer, etc.),
– Changed the interior model in accordance with the truck model,
– Moved interior model / view to the correct position,
– Separate exterior model from truck model,
– Combining both cabin models in one with options,
– Adjusted idle / maximum speed for all engines,
– Made by GPS as a separate interior accessory,
– Added all SCS inventory, hanging toys,
– Made some corrections to the shadow of the wheels and the shadow of the UI,
– Many other fixes and optimizations.
– Your skins.
+ Template.

***** To show the side skirts, you must use one of the first two options for the fuel tank, then click on the rear wing point and the side skirts will be available *****

It is advisable to have SiSL’s Mega Pack. 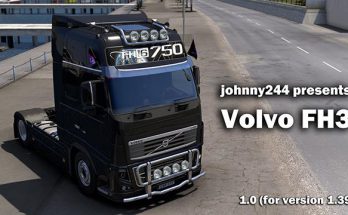