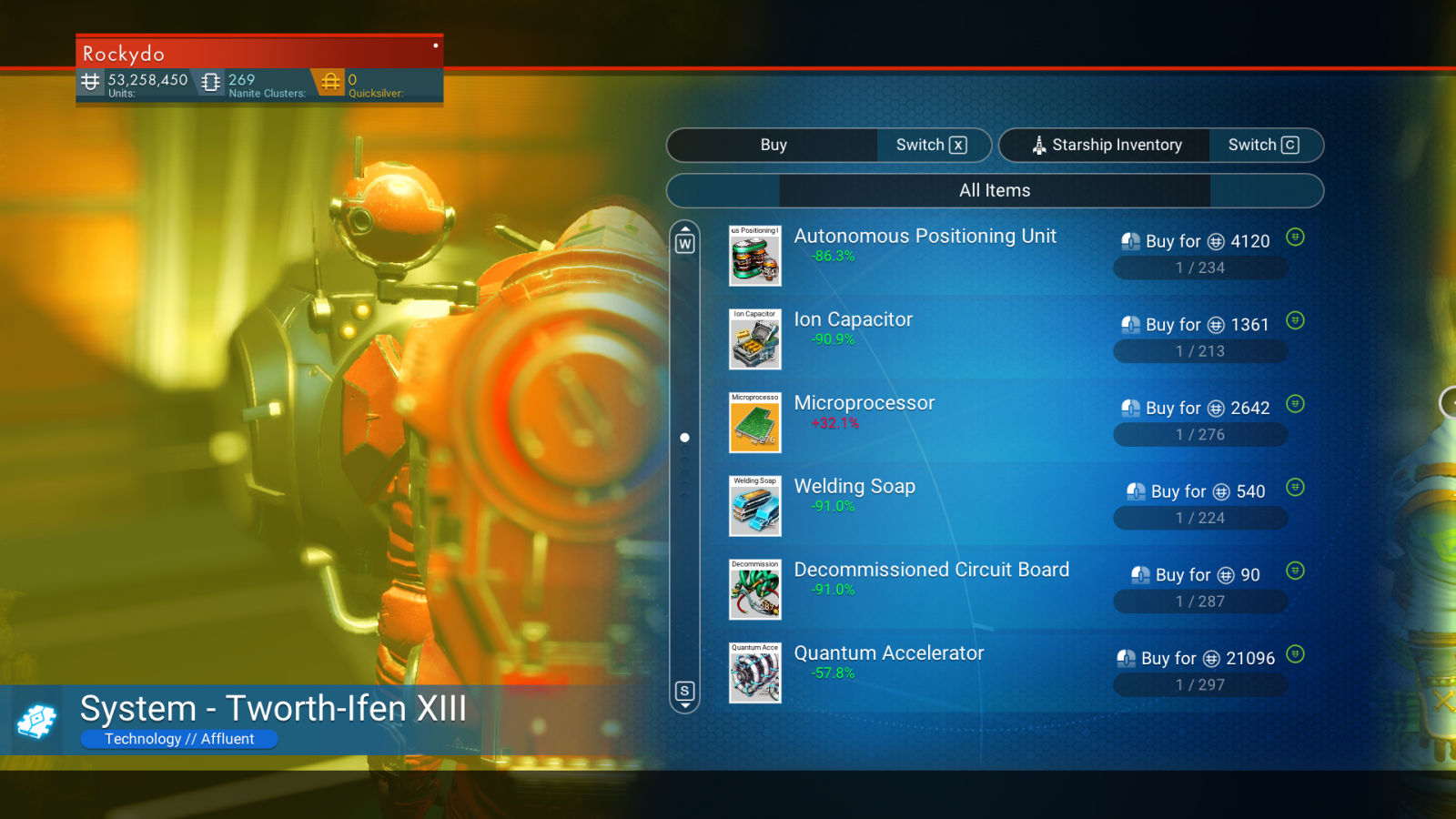 Someone requested that Fast Refiners be merged with Economy Mod for Next so I did that!

So Hello Games added a new trading system in 1.3 which is very cool but unfortunately only limited to specific 35 trade goods. In 1.5 for some reason they removed trade goods entirely from the space stations and other sales places so I added them back in.

I decided to make every product and substance in the game also be affected by this new trade system.

Most of these are logical however they may be some inconsistencies so please report any item which feels out of place and should belong in another class.

If you want to learn more about each type of economic system and potential trade loops, check this page out : https://nomanssky.gamepedia.com/Economy

I’ve also added a few more smaller changes to go along with the trade overhaul:
Stations and ships sell more items and a wider variety (a lot of items which were not allowed to be sold in the base game now are).
The loss of value you get when selling many items has been reduced (not entirely removed)
Some items such as the more rare exotic elements (frost crystals, solanium, rubeum, viridium) have seen their base price significantly increased to better reflect their rarity

I’ve tried to keep things reasonably balanced however there will probably be exploits and this definitely makes money making easier.

The mod is currently compatible with 1.5 NEXT update.

Extract and put the pack file in your MODS folder in the PCBANKS folder.
Remove DISABLEMOD.TXT in your PCBANKS folder (if you still have it)
That’s it! Watch out for other mods wich might edit the same things and cause incompatibilities.