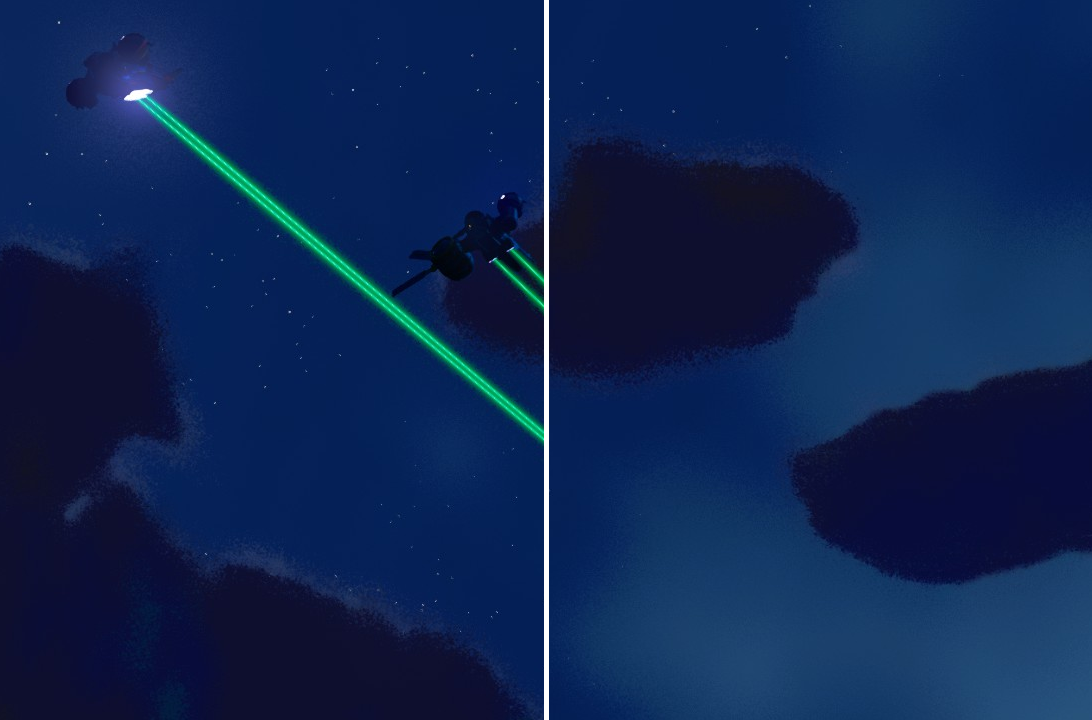 Random Flyovers Disabled removes the overly-frequent random flyovers of AI ships in planet’s atmospheres. It does not alter flyovers by Trade ships near outposts.

Do you find the AI ships fly over just a little too often? Do you feel like you’re always being watched but never helped by hovering AI? This mod will tell them to cut it out and mind their own business!

This is a revival of Frahel’s “Less AI Ships” mod, which was itself a revival of Kamosabe’s “No Random AI Ships on Planets” Mod, working with the latest version of No Man’s Sky: Desolation, 2.61.

This only removes the -Random- AI flyovers on planets. It does not affect ships that spawn for trade hubs, or in space, or human players. This is useful because now ships become indicators of nearby civilization that you can pilot / walk towards to find safety / trades / missions, etc.

Remove or rename DISABLEMODS.TXT file from the “PCBANKS” folder.
If it does not already exist, create a “MODS” folder in \Program Files (x86)\Steam\steamapps\common\No Man’s Sky\GAMEDATA\PCBANKS.
Copy & paste the included .pak file into this “MODS” folder.
Launch NMS and enjoy!

This mod modifies the METADATA\SIMULATION\SCENE\EXPERIENCESPAWNTABLE.MBIN file and will conflict with any other mods that also try to modify that file.
The effect is achieved by setting the number of ships spawned from a Flyover event from between 1 and 3, to 0, effectively disabling the event.
It is VERY likely this mod will be broken by 2.6# game updates, as the same file controls Derelict Freighters from the Desolation update!