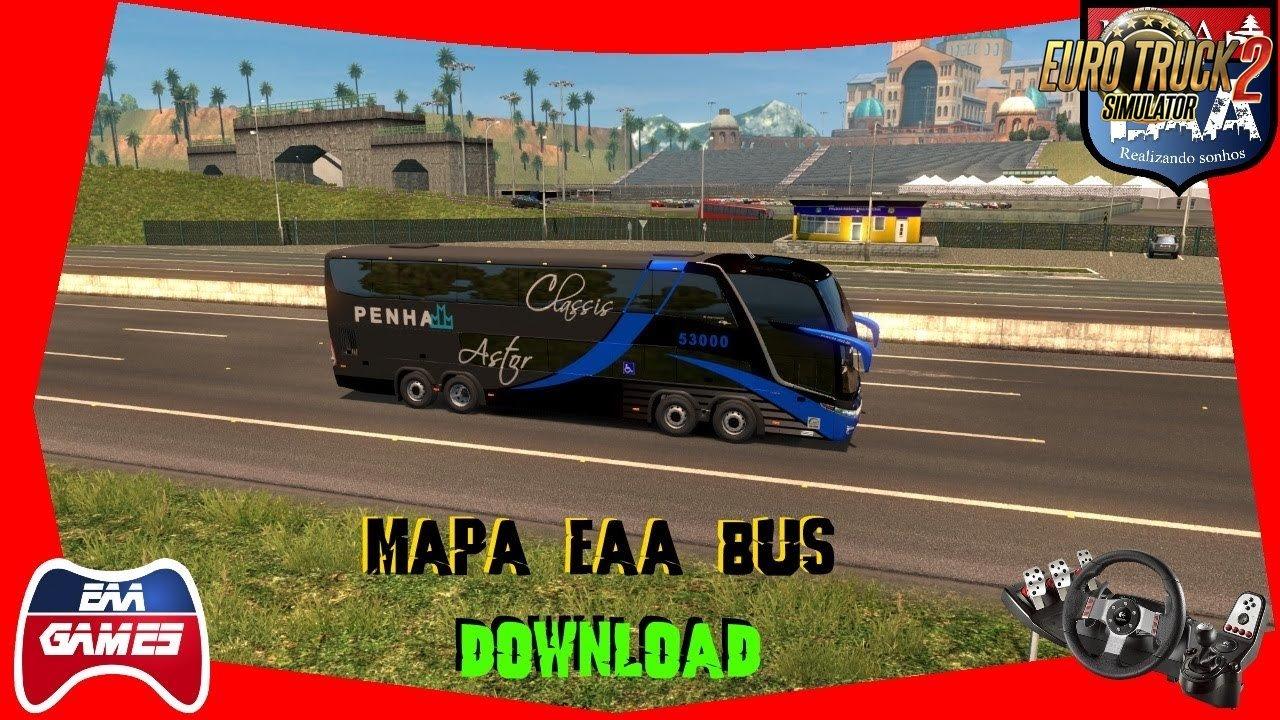 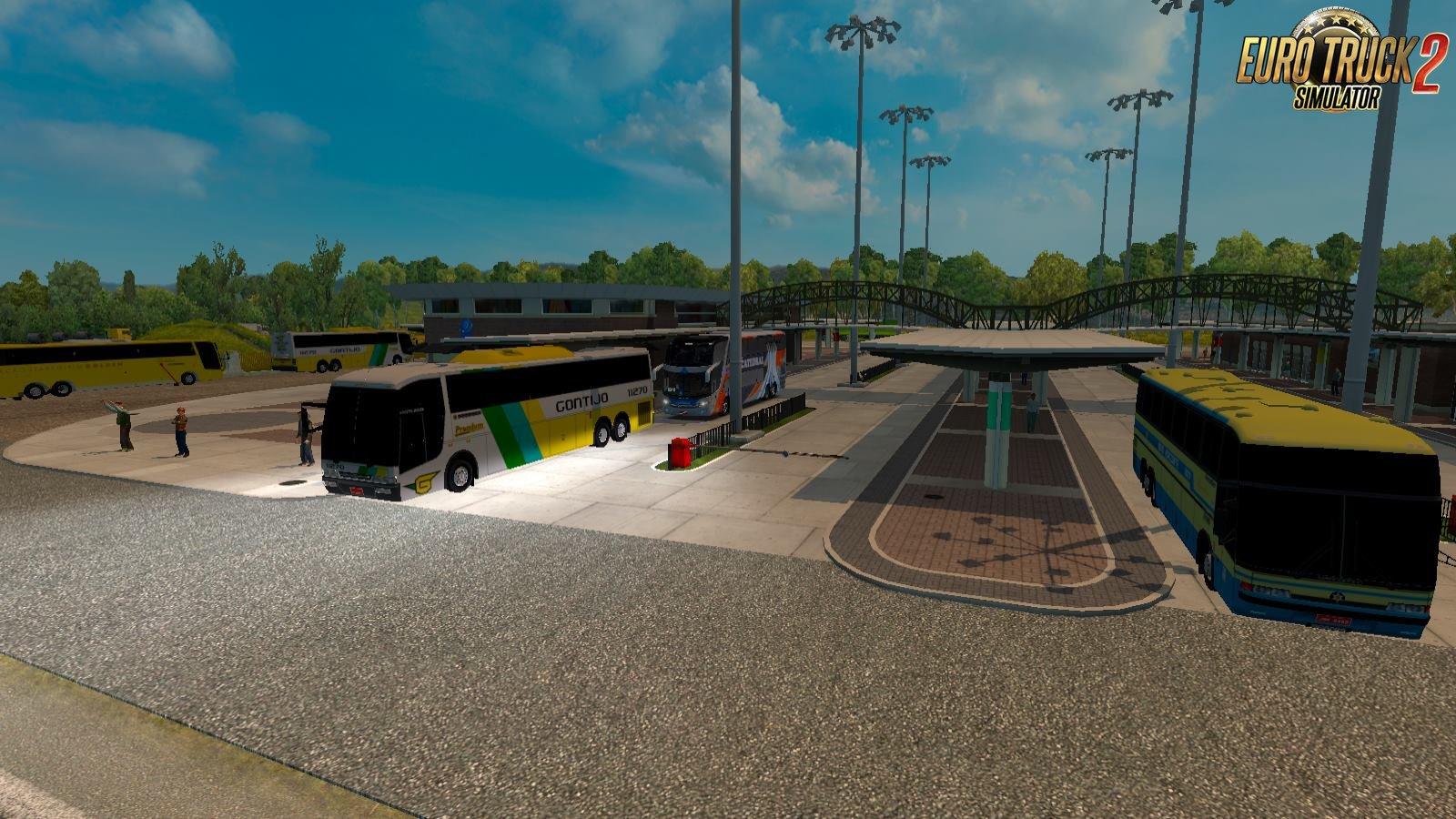 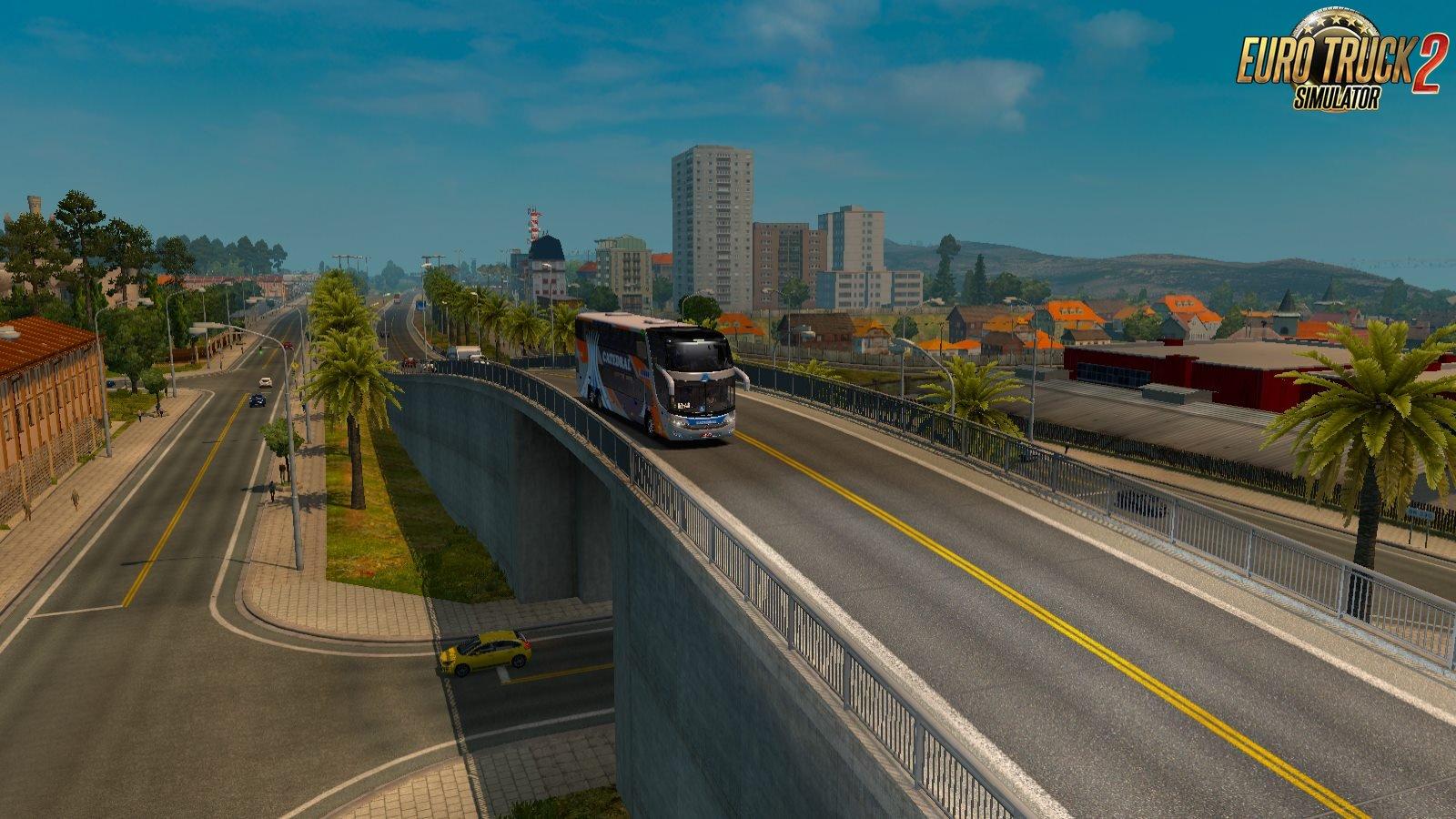 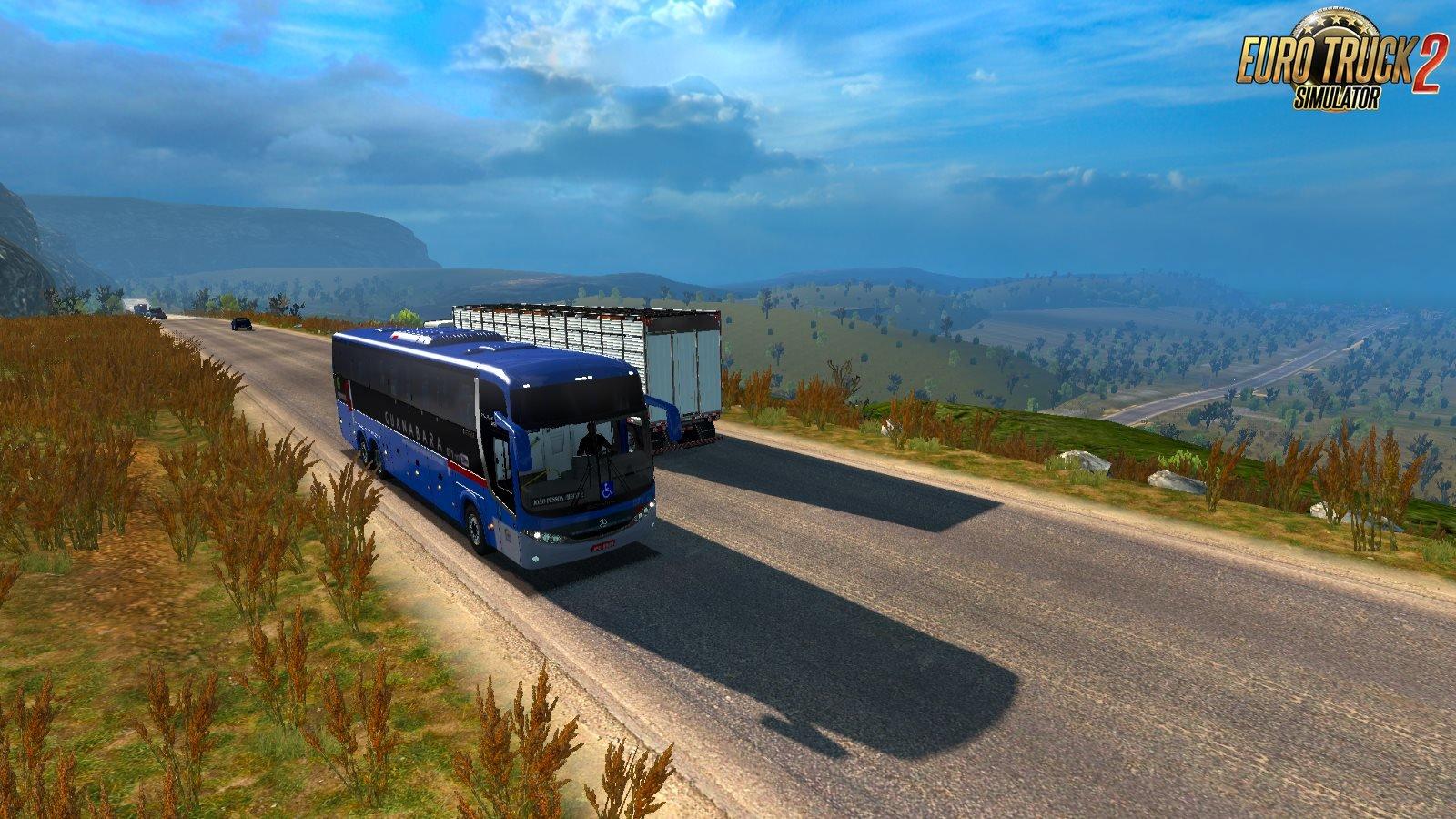 Miscellaneous Changes:
– About 2000 km of new roads (Total already exceeds 80,000 km)
– Creation of the Road Contour of Coronel Fabriciano and Ipatinga
– Duplication of the stretch of the BR-381 in the passage through Nova Era
– Improvements in BR-381 from João Monlevade to Governador Valadares
– Improvements in the Anhanguera Highway between Campinas and Divisa SP / MG
– New access to Ribeirão Preto
– Changed the entrancamento of Rodovia dos Bandeirantes with Anhanguera
– Fixed the advance of time (very fast) within Belo Horizonte
– Correction of error in the garages of Santa Maria de Jetibá, ibia, Salete and Itajubá.
– Smoothing curves in the BR-101 South of Bahia (without losing the sinuous characteristic of the region)
– Addition of GRAAL 125 on Bandeirantes Highway
– Clover of Sete Lagoas redone to finish with the track bottlenecks
– Dozens of cities with a name changed from a high-pitched box to a low-pitched pit
– Dozens of straight on various roads removed the “bellies” in the curves
– Improvements in the Ring Road of Belo Horizonte
– Creation of the Expressway of Belo Horizonte (Ficticía)
– Dozens of other small improvements that were not computed

Added new billboards.
Updated road markings, shields and signs.
Added bus VistaBuss 1999
Redone the city of Paranagua
The card has a Europe module and therefore connects to the standard card and DLC
You can use your own buses that you like.

About 31 thousand kilometers of new roads.
About 3 thousand km. with a soil coating.
All 27 states of Brazil are covered.
A total of 473 functional cities.
About 3 and a half thousand km of roads were revised and restructured. roads.

* Alteration with track duplication between Ourinhos e Bauru.
* Alteration of the BR-040 between Belo Horizonte and Brasilia.

Added mining company (copy from DLC ITALIA) in the city of Paracatu.

* Additional enhancements to the BR-101 Rio de Janeiro, in the Macae and Campos region.
* Improvements in the BR-153 between Itumbiara and entrocamento for Baretos.
* Reconstruction of the BR-393 between Volta Redonda and Alem Paraiba.
* Reconstruction throughout Rio-Bahia BR-116 from Alem Paraiba to Entroncamento BR-251.
* BR-262 corrections between Belo Horizonte and Vitoria (track profile).

Be sure to connect two files, in order in the manager: